David Pogue is a tech columnist, best-selling author and one of the most entertaining, informative and enormously popular speakers out there today. Whether he’s covering self-driving cars, virtual reality, drones, “robot uprisings,” the Internet of Things, or the latest consumer electronics, his highly engaging keynotes prove that science and technology blend brilliantly with storytelling, humor, and frequently, music and song. David Pogue provides invaluable insights on how technology impacts our work, businesses, and connections with each other—now and into the future.

A long-time personal technology columnist for the New York Times, David Pogue has been at the forefront of new and emerging tech trends for nearly two decades. He is currently Tech Critic for Yahoo Finance, the world’s most-read business publication. Millions follow and trust his tech reviews, read his Scientific American columns, and enjoy his CBS Sunday Morning and NOVA reports. David’s talents as a communicator and humorous, always-entertaining style have won him multiple honors, including four Emmy Awards. He is one of the world’s best-selling “how-to” authors with more than 100 titles and 3 million copies in print. These include seven books in the For Dummies series, his own Pogue’s Basics series of essential tips and shortcuts and the Missing Manual series of computer books. Best known for previewing new consumer technology and trends and forecasting their business applications, Pogue is also one of the country’s most sought-after speakers on disruptive technology in a fast-changing world.

With a broad appeal to general, business and tech audiences alike, David Pogue brings expansive knowledge, engaging wit, and an occasional song center stage. Audiences leave as informed as they are entertained, with an enlightened perspective of the state of technology today—and how it’s shaping everyone’s tomorrow. 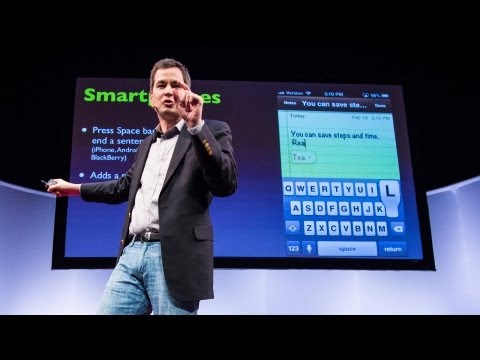