David Oshinsky is the director of the Division of Medical Humanities at NYU Langone Health and a professor in the NYU Department of History. His many books include ‘A Conspiracy So Immense: The World of Joe McCarthy’, which was a New York Times Notable Book of the Year; ‘Worse Than Slavery’, which won the Robert F. Kennedy Prize for its distinguished contribution to human rights; and ‘Polio: An American Story’, which was awarded the Pulitzer Prize in History.

Oshinsky has been a frequent juror for the Pulitzer Prizes in history and in biography. He received the Dean’s Medal from the Bloomberg-Johns Hopkins School of Public Health for his distinguished contributions to the field, and Bill Gates wrote that Oshinsky’s polio book strongly influenced his decision to make polio eradication the number one priority of the Gates Foundation.

Oshinsky’s most recent book, ‘Bellevue: Three Centuries of Medicine and Mayhem at America’s Most Storied Hospital’, published in 2016 by Doubleday, has won numerous awards. His articles and reviews appear regularly in the New York Times, Wall Street Journal, New York Review of Books, and other international publications. 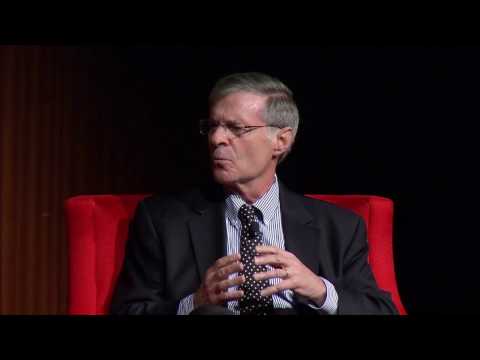 An Evening with David Oshinsky 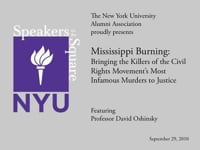 Speakers on the Square: David Oshinsky

Speakers on the Square: David Oshinsky from NYU Alumni Relations on Vimeo.