David Lammy is British Labour MP for Tottenham, Shadow Justice Secretary and a leading figure in the fields of social activism, diversity and cross-culturalism. He is a keynote speaker who talks about his background, politics and diversity.

David has been the Labour Member of Parliament for his home constituency of Tottenham since 2000, and in the 2017 General Election was re-elected for the sixth time with 82% of the vote. He was born in Tottenham, one of five children raised by a single mother. David was called to the Bar of England and Wales in 1994, practiced as a barrister in England and the United States and became the first black Briton to study a Masters in Law at Harvard Law School, graduating in 1997.

David served for 8 years (2002-10) as a Minister in the last Labour government, including as Culture Minister and Higher Education Minister, and was appointed to the Privy Council in 2008. As a Minister in the Department of Health David oversaw the introduction of four hour waiting times in Accident and Emergency Departments and as Minister of State for Higher Education and Skills established the Skills Funding Agency and the National Apprenticeship Service.

Since 2010, David has been an active backbench MP and in the last Parliament led successful campaigns to save the Land Registry from privatisation, for diversity to be included in the BBC’s Charter as a Public Purpose and against cuts in apprenticeship funding. In 2017 David led a high-profile campaign calling on Oxbridge to improve access for students from under-represented and disadvantaged backgrounds and successfully called on Comic Relief to end “white saviour” charity appeals. David is the Chair of the All-Party Parliamentary Groups on Race and Community, Fatherhood and Crossrail 2.

David led the campaign to grant full British Citizenship to the Windrush British Citizens and has been at the forefront of the fight for justice for those affected by Grenfell Fire. In January 2016, the then Prime Minister David Cameron asked David to lead an independent review into the treatment of, and outcomes for, Black, Asian and Minority Ethnic individuals in our criminal justice system. The Lammy Review was published in September 2017, and included 35 wide-ranging policy recommendations for Government and the criminal justice sector.

In 2020, David spoke at the latest TED Countdown series, where he called for a global recognition that we cannot solve climate change without racial and social justice.

David is an Ambassador for Action Aid, President of the British and Foreign School Society, Trustee of the National Youth Theatre and Patron of several charities in Tottenham. He has spoken at the US Congress and Harvard University and is an Honorary Fellow of the University of Birkbeck and St John’s College, Durham.

David is the author of ‘Tribes: A Search for Belonging in a Divided Society‘ (2021) which explores our innate need to belong and how globalisation and digitisation are deepening the divide in society. He also authored ‘Out of the Ashes: Britain after the Riots‘, an analysis of the long-standing causes of the 2011 riots. David is a regular contributor to national newspapers and publications including The Guardian, The Times, The Independent, New Statesman and others, and appears regularly on television and radio.

Tribes: A Search for Belonging in a Divided Society

Out of the Ashes: Britain after the Riots 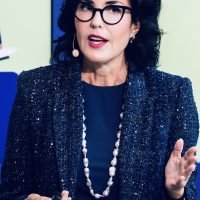