David Frost, the Rt Hon Lord Frost of Allenton CMG, was Chief Negotiator and Europe adviser to Prime Minister Boris Johnson (2019-21) and then Cabinet Minister responsible for EU relations (2021). He is an engaging speaker on British and European politics, economics and foreign policy, and speaks to his experiences of working inside and outside Government and as the key British player in Brexit talks.

He led the negotiations which broke the political deadlock over Brexit, finally took the UK out of the EU, and put in place the world’s broadest free trade agreement.  He began the work of post-Brexit reform and of dealing with the problems of the Northern Ireland Protocol, but left the Government over policy differences in December 2021.

David Frost is one of those rare individuals in the UK system who has been all three of Minister, special adviser, and professional diplomat and civil servant.  He was Boris Johnson’s political adviser on foreign policy in the Foreign Office and before that was British Ambassador in Denmark, Europe Director and head of Policy Planning in the Foreign Office, and Britain’s chief trade negotiator and member of the EU’s Trade Policy Committee.

He also has trade experience outside Government as CEO of one of the UK’s biggest trade associations, the Scotch Whisky Association (2013-16), and in that capacity was closely involved in the politics around the 2014 Scotland independence referendum.

He speaks to varying degrees French, German, Greek, Danish, and Russian and has smatterings of other European languages.

How we got here and what the future holds.

Britain in the World

What are the big trends for the world? What is the way forward for Britain’s future foreign policy, alliances, and relationships?

What will the world economy look like? How can Britain position itself best? What economic changes must the country make? What happens after covid?

What are the realities of how governments work? How do decisions get taken? Why is government different to working in the private sector? What sort of reform is needed to make government work better?

How do you get results in negotiations? Why are international negotiations different? How does a country best achieve its objectives? 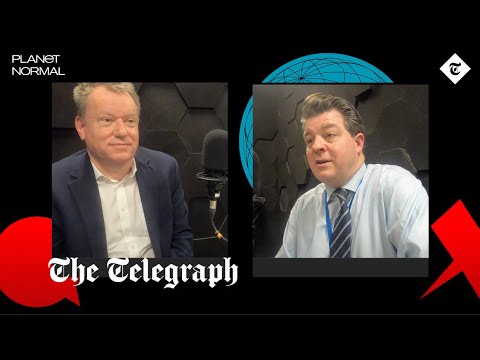 WATCH: Lord Frost's Churchill lecture at the University of Zurich
The University of Zurich
The UK must learn the hard lessons from the shattering of the West’s illusions - article by David Frost
The Telegraph
With energy prices rocketing – we need to get real. And get cracking on fracking - article by David Frost
The Sun
David Frost: My three-point plan to save Boris, the Conservative Party and the country
The Telegraph
Former Cabinet Minister Lord Frost says PM is the 'right leader but has the wrong people and policies'
Daily Mail
The Shipping News [Radio]
BBC Newscast
"People need depth..." - Lord Frost on Covid, Net-Zero, Brexit, Identity Politics and Free Speech [Podcast]
Irreverend: Faith and Current Affairs [Podcast]

“You were absolutely magnificent at the (…) CFO dinner. We have been overwhelmed with fabulously enthusiastic comments. It was a brilliant recommencement of our major events with your illuminating comments and evident authority on the subject.”
CEO of major UK recruitment agency