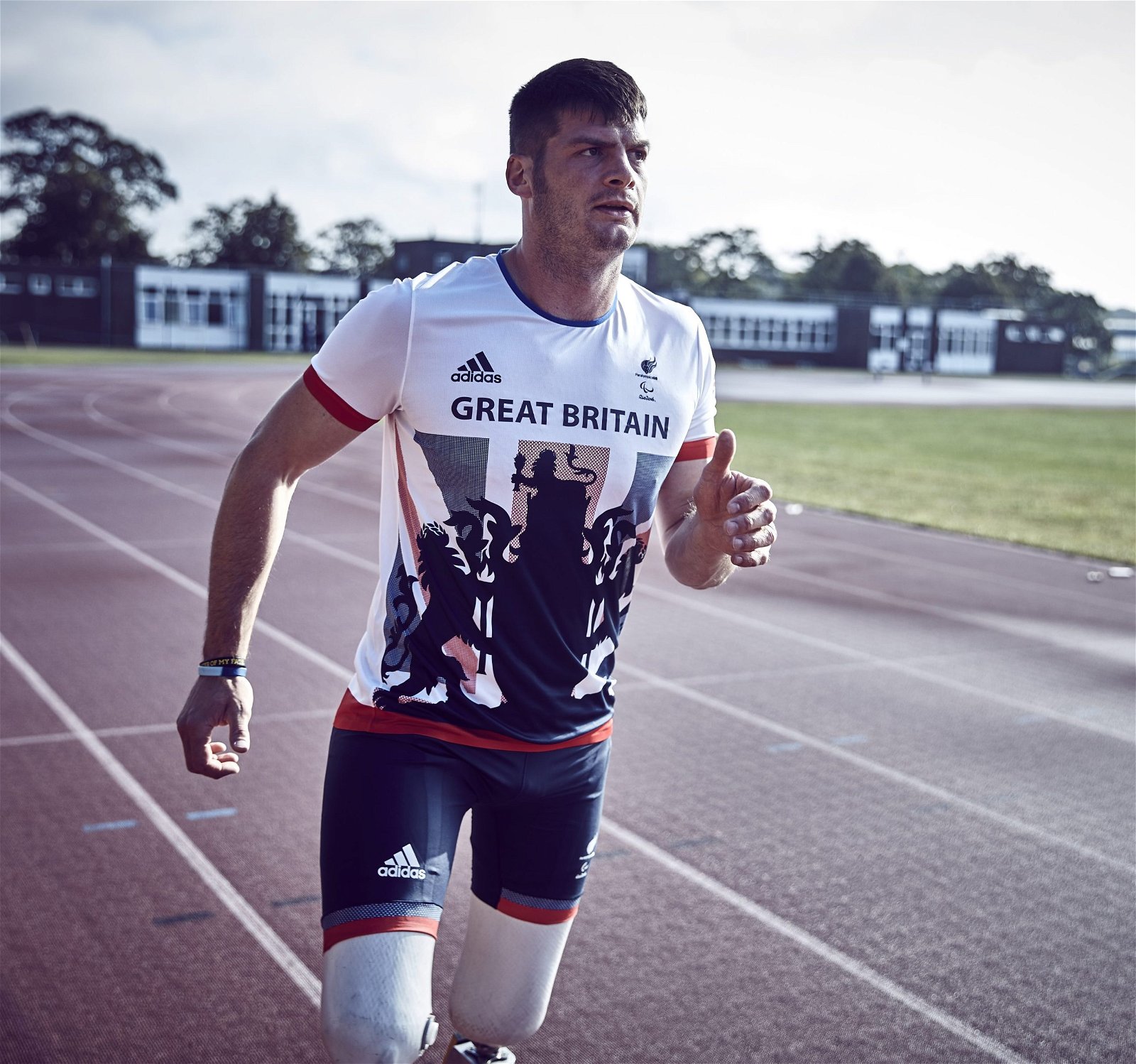 Dave Henson joined the British Army in 2008, starting his military career with a year of intense infantry and leadership training at the Royal Military Academy, Sandhurst. Upon commissioning, Dave joined the Corps of Royal Engineers and deployed to Afghanistan in 2010 as a Royal Engineer Search Advisor, responsible for the co-ordination, planning and execution of Improvised Explosive Device (IED) Search Operations.

In February 2011, this high – risk role cost Dave both of his legs during what should have been a routine clearance patrol.  He was brought back to the UK and spent five weeks in the care of the Royal Centre for Defence Medicine, a very highly skilled military medical unit at the Queen Elizabeth Hospital, Birmingham. Here Dave was put back together piece by piece before being sent to the Defence Medical Rehabilitation Centre, Headley Court. Dave was up and walking just 8 weeks after losing his legs.

During his time at Headley Court, Dave used sport as a catalyst for his recovery and found a new passion after receiving his running prostheses.  Determined to leave the military in the same fitness state as he entered, Dave passed his military fitness test before moving to track racing.  He competed at the 2013 Warrior Games but his athletic abilities came to the fore during the inaugural Invictus Games in London, 2014.

As Captain of the hugely successful British Team, Dave Henson took gold medals in Sitting Volleyball and athletics.  Success at these games led Dave Henson to pursue international representation in athletics, and gained his first GB vest in 2015.  In 2016 he retained his Invictus Games gold medal, won his first international medal at the European Championships and achieved his ambitions of a podium finish at the Rio Paralympic Games.  Dave was awarded his fourth GB appearance in two years at the IPC Athletics World Championships in 2017 and won his third international medal in the 200m.

In his time post-injury, and alongside his sporting achievements, he has gained his Masters’ in Biomedical Engineering from Imperial College London, and is undertaking his PhD in Amputee Biomechanics at the same institution.  Pursuing his passion for the improvement and development of new technologies for amputees, Dave is currently developing a new running prosthesis for the improvement of running mechanics and versatility of amputee runners.

He is a trustee of the Invictus Games Foundation and the Explora Scholarship Fund, the Veterans’ Advisor to the Centre for Blast Injury Studies and the co-chair and founding member of the CASEVAC Club. He was awarded the MBE in 2014 for services to the military.