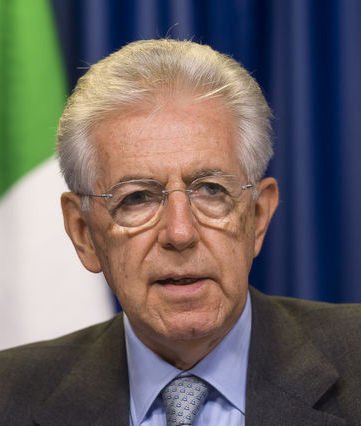 Dr. Mario Monti is President of Bocconi University (Milan) and Senator for Life of the Italian Republic.  He was Prime Minister of Italy (November 2011-April 2013)

In August 2020, he was appointed Chairman of the Pan-European Commission on Health and Sustainable Development: Rethinking Policy Priorities in the light of Pandemics, convened by WHO/Europe.  In September 2021, he presented their findings which were considered as groundbreaking.   They provided an ambitious yet realistic agenda for a healthier, safer future. These recommendations give governments and decision-makers tools to prevent and better handle future health threats – recommendations that save lives and livelihoods, foster innovation, empower people and protect the planet.

Dr. Monti has has a long and distinguished career in public service and in academia.    In November 2011, with Italy close to default, President Napolitano called on Monti to form a government of national unity, taking the positions of Prime Minister (2011-2013) and Minister of Economy and Finance (2011-2012). The confidence vote by Parliament saw the highest majority in post-War Italy. Eliciting cross-party support, the government overcame the financial crisis, initiated structural reforms and obtained vital improvements in Euro-area governance.

After months of negotiations under Italy’s pressure, Germany, the Netherlands and Finland – which had strongly opposed the idea of interventions in order to stabilize sovereign bond markets – changed position and joined a unanimous statement by the Euro Summit (June 2012) calling for such interventions. This provided the ECB with the highest political coverage for a shift in monetary policy, which was in fact announced shortly afterwards by the ECB President. 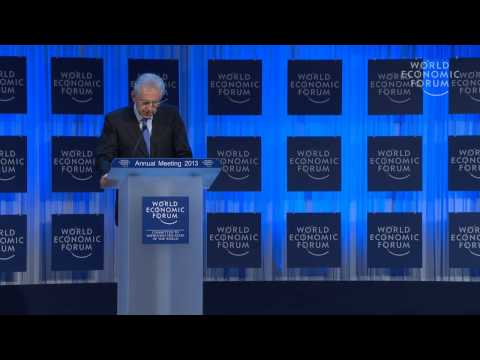 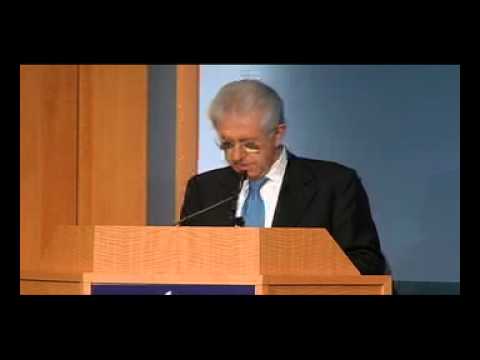