Chuck Rosenberg served as the Administrator (Director) of the Drug Enforcement Administration (DEA), from his appointment in May 2015 by Attorney General Loretta Lynch, until his resignation in October 2017.

Prior to joining DEA, Chuck served as the Chief of Staff and Senior Counselor to Federal Bureau of Investigation (FBI) Director Jim Comey (2013-2015). Before rejoining the FBI in 2013, he was a partner at a Washington, D.C. law firm.

From 1994 to 2000, Chuck was an Assistant United States Attorney in the Eastern District of Virginia. There, he tried dozens of cases before juries and briefed and argued many of those cases to the U.S. Court of Appeals for the Fourth Circuit. Chuck prosecuted cases that ranged from complex financial fraud crimes to violent crimes and espionage.

Chuck currently works as an on-air legal analyst and commentator for MSNBC, as a Senior Counsel for a Washington, D.C. law firm (handling sensitive internal investigations and white collar criminal matters), and as an adjunct professor at Georgetown University, teaching National Security Law and Policy (Fall 2018). He is a graduate of Tufts University (BA), Harvard University (MPP), and the University of Virginia (JD). 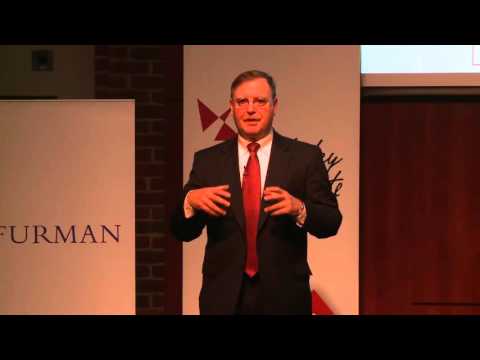