Chris Kutarna is an is an author, public speaker, entrepreneur and researcher. He is a two-time Governor General’s Medalist, a Commonwealth Scholar and a Fellow of the Oxford Martin School with a doctorate in politics from the University of Oxford. He divides his time between Oxford, Beijing and Regina.

Chris Kutarna is the author of Age of Discovery: Navigating the Risks and Rewards of Our New Renaissance. In his best-selling book, Dr. Kutarna makes sense of our times and offers much-needed historical perspective to help us all navigate toward humanity’s best future. His prior works include the best-selling book Globality: Competing with Everyone from Everywhere for Everything (2008), for which Chris was the lead China researcher and drafter; and his first novel, Today is Blue, which China’s largest-circulation newspaper dubbed “a 21st century Joy Luck Club” and which one of Canada’s leading sinologists called “a must-read for Westerners with a serious need to know modern China.”

He is also a former consultant with the Boston Consulting Group, then entrepreneur, Chris lived in China for several years, speaks Mandarin, and remains a regular op-ed contributor to one of China’s top-ranked news magazines.

Chris Kutarna graduated with a BA in Philosophy, Politics and Economics from University of Oxford, England and also holds an Honours degree in Commerce from Carleton University, Canada.

To enquire about Chris Kutarna’s avaliability contact us here. 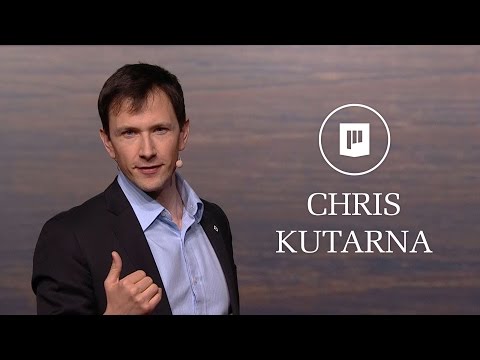 Predicting the Future Through the Past

We’re living in an age full of possibilities. So why do so many of us feel like losers?