Charles R. Scott worked at Intel Corporation for 14 years including five years in Intel’s venture investing group, where he developed the corporation’s clean technology software investment strategy. In 2011, he left Intel to focus his energy full-time on writing, speaking, and completing endurance challenges with his family linked to environmental causes. In the summer of 2009, he and his eight-year-old son cycled the length of mainland Japan, 2,500 miles in 67 days. The United Nations named them “Climate Heroes,” as they raised money for a tree planting campaign and promoted the UN’s efforts to combat climate change.  His book about the Japan ride, “Rising Son: A Father and Son’s Bike Adventure Across Japan,” (2012)  offers a nudge to anyone who feels the urge to shake things up and reminds us all of the most precious gift a parent can give a child: time. His writings have been published by CNBC, the Huffington Post, MSN, and the United Nations.  His family adventures have been featured in television and radio programs, magazines, and newspapers around the world.

Scott’s keynote talks are ideal for corporate audiences looking to find passion beyond the paycheck, meaningful ways to connect with their children, or with an interest in the environment. They’re also perfect for school children (grades K-12), universities, environmental groups, cycling groups, and endurance enthusiasts. Scott has spoken at IFC-World Bank, Harvard Business School, Yale School of Management and many computing and environmental conferences.  The United Nations featured him as their “Expert of the Day” on World Environment Day, and he has given multiple presentations to students at the United Nations International School (K-12), as well as at schools around the country.

Scott competes in Ironman triathlons, marathons and other ultra-distance races, and also has served as a guide to blind athletes in these events.  He ran his first marathon at age 13, and in 2010 ran 46 miles across the Grand Canyon and back in one day.  In the summer of 2011, Scott cycled for 46 days around Iceland with his 10-year-old son and four-year-old daughter.  In November 2012, he cycled solo for 26 hours from New York City to Washington, D.C. to support an environmental rally organized by the environmental group 350.org to oppose the Keystone XL tar sands pipeline. In the summer of 2013, he and his children cycled 1,700 miles of the Lewis & Clark Trail, collecting data for a project with Adventurers and Scientists for Conservation. National Geographic published his essays from the trip on their Intelligent Travel blog, and The New York Times featured an interview with Scott about the adventure.  He blogs about his family adventures  on a blogpost page called Family Adventure Guy. 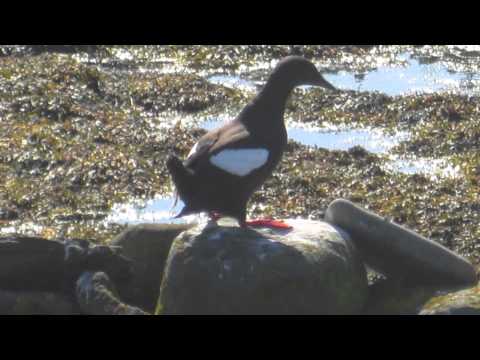