Charles Kaiser is an expert on the media, politics, the 1960s, and gay life in America through his three-decade career as a journalist and author. He is a former reporter for the New York Times and the Wall Street Journal, and was the press critic at Newsweek. He is the author of “The Gay Metropolis”, (2007) the landmark history of gay life in America (Lambda Literary Award winner), “1968 in America,” (1997) and wrote the afterword to the recently republished seminal gay essay, “On Being Different: What It Means to Be a Homosexual” (2012) by Merle Miller. Kaiser has appeared on The Colbert Report, NBC’s Today Show, Charlie Rose, the PBS documentary The Sixties, The Rachel Maddow Report, and VH1’s Behind the Music. A sought-after keynote speaker, Kaiser has spoken at Yale University, Aetna Diversity Day, the annual convention of the National Lesbian and Gay Journalists Association.

Kaiser started writing for the New York Times while still an undergraduate at Columbia College. He spent five years there as a reporter on the Metro staff, covering City Hall, the environment, and State Supreme Court, among other beats. He then became the press critic at Newsweek for two years. He also wrote about media and publishing for the Wall Street Journal. His writing has appeared in New York, The New York Observer, Vanity Fair, The Washington Post, The Los Angeles Times, The Columbia Journalism Review, The Guardian of London, and Manhattan,inc, among many other publications. Kaiser was a founder and former president of the New York chapter of the National Lesbian and Gay Journalists Association. He has taught journalism at Columbia and Princeton, where he was the Ferris Professor of Journalism.

“The Gay Metropolis”, a New York Times Notable Book, is the compelling social and political history that begins with World War II, when the United Stars Army acted as the “great, secret, unwitting engine of gay liberation in America” — by creating the largest concentration of gay men and lesbians inside a single institution since the founding of the republic. By melding the personal stories of people as famous as Leonard Bernstein and as little known as Sandy Kern, a Brooklyn girl who first heard the word “lesbian” when a neighbor spied her with her arm around her girlfriend at the end of a wartime blackout, Kaiser provides his readers with the sights, sounds, scents, thoughts, and feelings of gay life in America since 1940. He also analyzes the most significant social and political events to shape gay culture — everything from the original production of West Side Story (the creation of four gay, Jewish men) to the United States Supreme Court’s landmark decision, Lawrence v. Texas, in 2003, the most important legal victory in the history of the gay movement in America.

First published in 1988, 1968 In America remains one of the definitive texts about the culture and politics of the 1960s. A compelling work of popular history, it is used in college courses across the country. The book covers the presidential campaigns of Eugene McCarthy and Bobby Kennedy in depth, as well as the life of Martin Luther King, Jr., the riots at Columbia University in the spring of 1968, and the eruptions in the streets outside the Democratic National Convention in Chicago. It also covers everything from the Tet Offensive, which transformed America’s attitude toward Vietnam, to the C.I.A’s extensive experiments with LSD. (The intelligence agency called the drug a “potential new agent for conventional warfare.”)

Kaiser was born in Washington D.C. and grew up there and in Albany, N.Y., Dakar, Senegal, London, England, Windsor, Conn., and New York City. 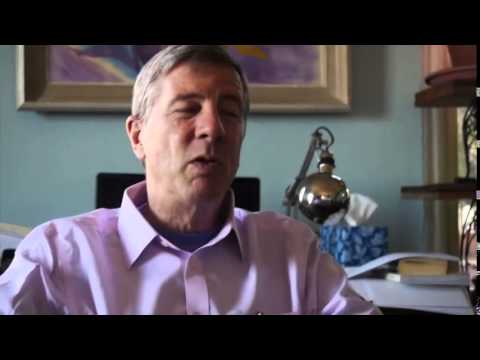