Charlene Li is a New York Times best selling author and a Digital Transformation and Disruption Expert with over 20 years of experience in customer service and leadership and a much-sought-after speaker on the future of work and digital transformation.

With the rise of social media, Charlene was poised to become a leader in digital transformation due to her experience working at newspapers during the early to late 1990s. Along with launching consumer events and training the ad sales team on internet advertising, she facilitated and guided the change from print to online publishing. Charlene’s knowledge and skills in digital evolution were further enhanced during her role as a research director and later as a principal researcher at Forrester Research (1999-08).

As the Founder & Senior Fellow of Altimeter Group, a research and advisory analyst company she founded in 2008, Charlene focuses on transformational leadership and digital transformation. Despite being acquired by Prophet in 2015, Altimeter Group continues to operate as its subsidiary and often challenges larger competitors such as Forrester and Gartner.

An esteemed author, Charlene Li, has written several highly acclaimed books that encourage organisations to become early adopters to change. Her most recent book, The Disruption Mindset (2019), takes a deep dive into digital transformation and how organisations can foster and encourage disruption. This book is a well-received addition to her writing accolades, including other renowned titles such as The Engaged Leader (2015), Groundswell (2008) and the New York Times bestseller Open Leadership (2010). Charlene has also co-authored other books, such as The Seven Success Factors of Social Business Strategy (2013), which looks at how businesses can align strategies with social media to produce tangible results.

As a celebrated speaker, she has made keynote appearances at various conferences, including the World Economic Forum and the World Business Forum. Charlene has been featured in numerous publications such as the New York Times, USAToday, and The Wall Street Journal as a prominently quoted figure. She has also made appearances on CNN, ABC News and 60 Minutes, where she further unpacked her views on digital transformation, disruption and the future of work.

Charlene has applied her expertise to advise and provide insight to over 100 companies to formulate top-tier strategies for disruptive growth and digital transformation. Charlene Li will be an exceptional addition to any industry-related event as an expert keynote speaker. 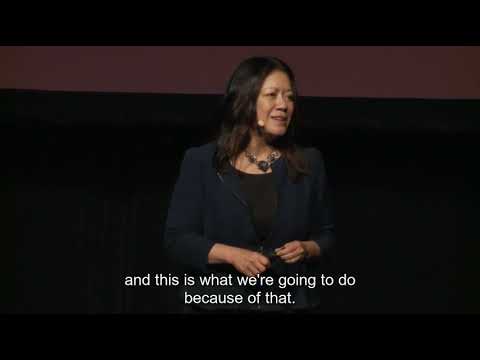 Leadership is All About the Mindset

Efficient Leadership in The Digital Era

The Disruption Mindset: Why Some Organizations Transform While Others Fail

The Engaged Leader: A Strategy for Your Digital Transformation

Open Leadership: How Social Technology Can Transform the Way You Lead