Carrie Gracie is a Scottish journalist and former China Editor for BBC News. She resigned from this post in January 2018. In her career of over three decades, Carrie has served as China correspondent and Beijing bureau chief, presenter on BBC News Channel and host of the weekly BBC World Service programme, The Interview.

Gracie began her career in the BBC World Service in 1987 as a trainee producer. She became a correspondent for BBC World Service, then for domestic radio and television in Beijing in 1991. From January 2008, she was the main morning presenter for BBC News Channel on Tuesdays to Fridays alongside Simon McCoy. She took part in the BBC coverage of the 2008 Olympics in Beijing, as the co-commentator during opening and closing ceremonies. She has made many documentaries for TV and radio, winning prizes including a Peabody and an Emmy. In 2008, she was awarded the Nick Clarke Award for her interview with BBC journalist Alan Johnston.

In January 2018, she left her post as China Editor for BBC News in protest of unequal pay. As a result of this, she published an open letter to BBC’s audiences, giving evidence before parliamentary committee. In June 2018, she won an apology and received a pay parity from the BBC. She donated her back pay to the gender equality charity – the Equal Pay and Advice Service and the Fawcett Society, to help low-paid women who face pay discrimination. Gracie has returned to her former position at BBC newsroom, as main evening presenter on Monday evenings and Fridays, either on the BBC News Channel or BBC World News. She also continues to take on writing and speaking engagements about both China and gender equality pay.

As of August 2019, Gracie published her book, EQUAL – a powerful story about how women can fight for equal pay, and how men and employers can help them. It was longlisted for the Financial Times Business Book of the Year Award in 2019. Since its publication, Gracie has spoken at many public events, including: Edinburgh International Book Festival, Milton Keynes Festival, Cheltenham Literature Festival, and many more. She has also spoken at prestigious universities such as King’s College London, York University, Leeds University and Newcastle University.

Carrie’s keynote speaking topics are ‘diversity and inclusion’ and China.

Diversity & Inclusion: The gender pay gap and other areas of equality in the workplace.

In 2018, Carrie Gracie resigned her post as the BBC’s China editor and publicly accused her employer of unlawful pay discrimination. In addressing a defining issue of our time, Carrie became a figurehead for the equal pay movement and a beacon of hope for thousands of women who told her their own stories. Carrie talks thoughtfully and humorously, but also with compelling clarity and humanity, about how to transform workplace culture, how to tackle the gender pay gap, how to achieve meaningful diversity and inclusion, and how to sustain and build employee trust.

It’s commonplace to observe that China’s world view is different from the West’s, but much harder to pinpoint the difference that matters and predict how it will play out in our own workplaces and lives. Real understanding of China is as rare in the early 21st century as it is vital. Carrie Gracie is an authority on modern China, with three and a half decades of first hand experience inside the world’s rising superpower. As BBC China editor, her coverage carried huge credibility with policy makers and public alike. 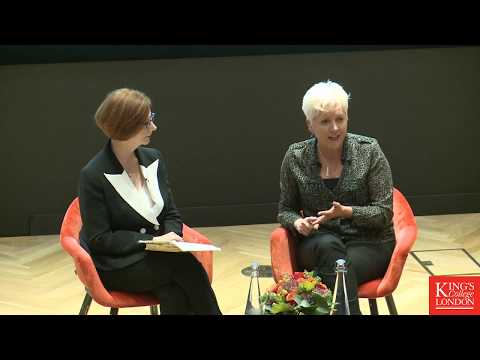 Interested in booking Carrie Gracie to speak at an event? Please provide your details and we’ll get in touch within 24 hours.