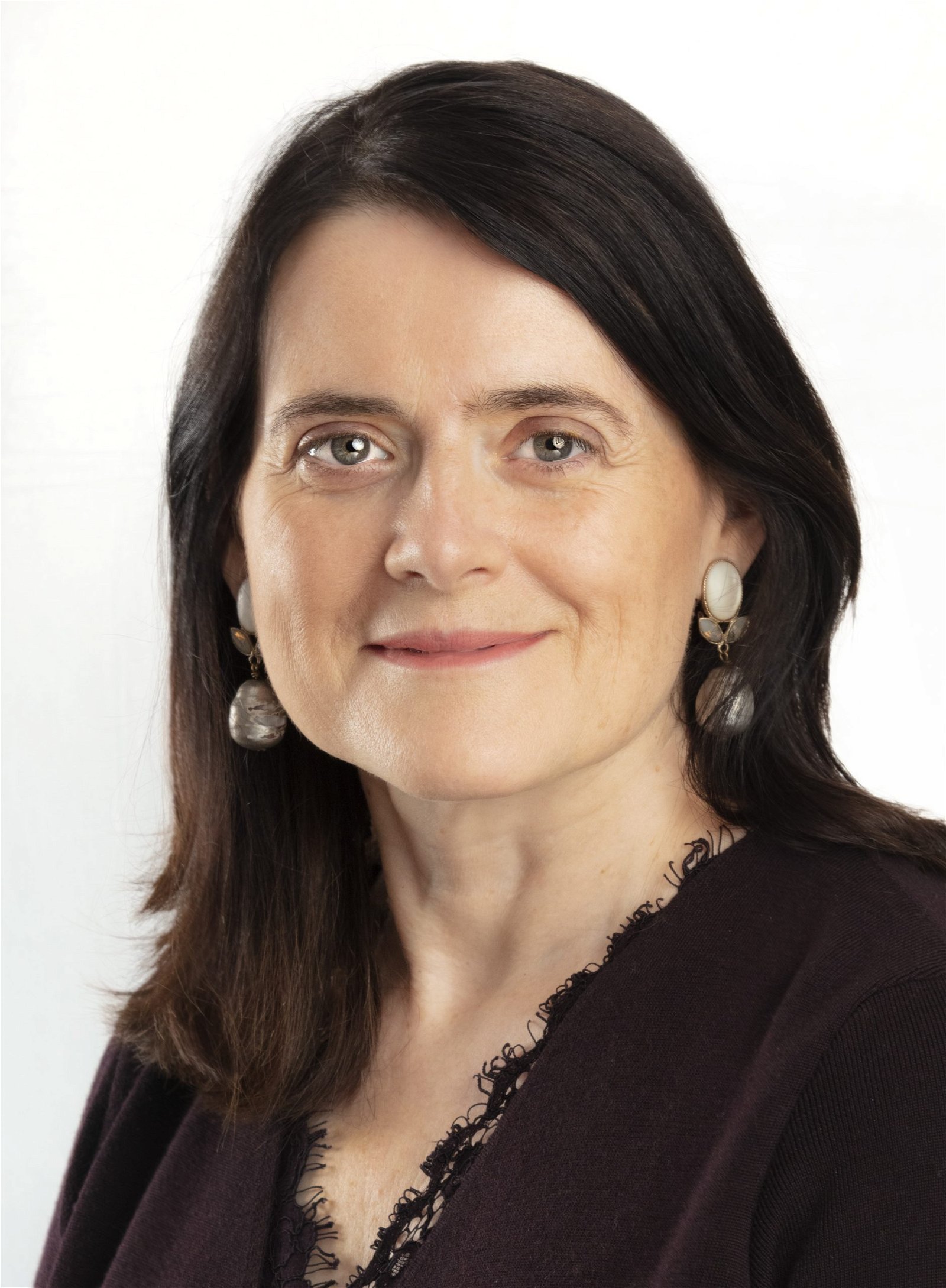 Bronwen Maddox is the Director of the Institute For Government, a post she took up in September 2016, and a speaker on global politics.

Prior to this appointment, she was Editor and Chief Executive of Prospect magazine, a leading current affairs and culture title based in the UK, from 2010 to 2016. Upon becoming editor in 2010, she was responsible for a dramatic improvement in its finances and its international expansion. Renowned for her incisive analysis and crisp style, she has a reputation for not being afraid to reach a judgement on the day’s events. She is the author of “In Defence of America” (2009), a book arguing the case for supporting the US after the Iraq war.

Previously, Bronwen was Chief Foreign Commentator of The Times (2006-10), and was also the paper’s Foreign Editor between 1999 and 2006; The Times won the prestigious Foreign Press Association award for the best UK coverage of 9/11 and was the only UK newspaper to keep a bureau in Baghdad throughout the Iraq war. She travelled widely, writing about economics and politics, including in Iraq, Iran, Russia and China.

From 1996 to 1999, she was The Times’ US Editor and Washington Bureau Chief, writing a weekly oped column and a business column from Capitol Hill. She was previously at the Financial Times, where she ran the paper’s year-long, award-winning investigation into the publishing tycoon, Robert Maxwell, and wrote its editorials on microeconomics and regulation. Before heading to the Financial Times, Bronwen was Director of the highly-ranked media investment analyst team at Kleinwort Benson Securities for five years.

Bronwen, who has extensive contacts which span the worlds of government, finance, business and military,  has interviewed some of the world’s most controversial and high-profile leaders, including George W. Bush, Tony Blair, and Angela Merkel. The Kremlin picked her to be the sole British journalist interviewing then President Vladimir Putin ahead of a controversial G8 summit. She also interviewed Benazir Bhutto at her home in Karachi on her triumphant return to Pakistan from exile, shortly before her assassination.

She has been a Trustee (board member) of the Imperial War Museum (2010-2014) and is a Trustee of Chatham House, the foreign affairs think tank, and of the Ditchley Foundation, the distinguished conference centre which promotes transatlantic discussion. 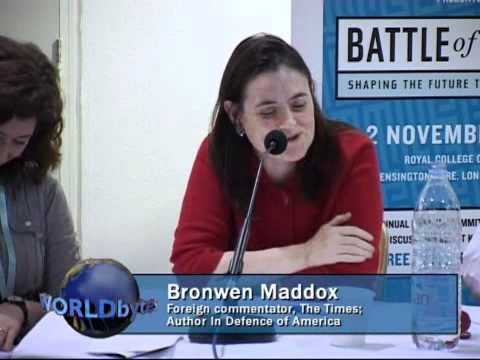