Boris Tadić was the President of Serbia from 2004 to 2012. His tenure is recognised for bringing Serbia into a closer relationship with the EU and the Western powers while also maintaining balanced relations with Russia.

Boris orignally worked as a military clinical psychologist and later served as a professor of psychology at the ‘First Belgrade Gymnasium’. He also worked as a lecturer of political advertising at the Faculty of Drama, University of Belgrade.

After entering politics, he served two terms as the deputy leader of the Democratic Party before being elected as the new leader in 2004, following the assassination of Zoran Đinđić. As the newly elected Democratic Party leader, he was nominated as the party’s candidate for the 2004 presidential elections.

In the 2004 elections, Boris Tadić defeated his opponent, Tomislav Nikolić of the nationalist Radical Party. On July 11, 2004, he took office as the President of Serbia. Since the adoption of the new Constitution of Serbia, early presidential elections are required under the constitutional law. Therefore, presidential elections were held in 2008 in which the party re-nominated him as their candidate.

As the President of Serbia, he devoted himself to promoting the privatization of public services and stabilizing the economy of Serbia for better future prospects. He also carried out economic reforms and liberalized key sectors such as telecommunication, aiming to make his country more attractive to investors.

Following his defeat in the 2012 presidential election, he stepped down as the party’s leader, and took up the position of the ‘Honorary President’ of the party.

In early 2014, after losing the internal re-elections in the Democratic Party to Dragan Đilas, he resigned from his position of honorary president and left the party.

As just the third President of Serbia, he is widely acknowledged for his role in moulding this young country into a modern power. Boris is an expert on both domestic reforms and international relations. 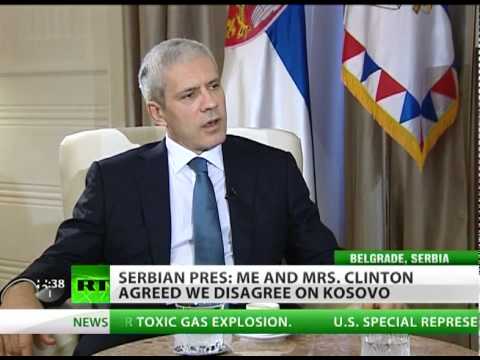