Sir Bernard Hogan-Howe was the most senior police ofﬁcer in the UK. He led the Metropolitan Police, an organisation of nearly 50,000 people with a budget of £3.2 billion. He was directly accountable to the Home Secretary, supervised by parliamentary committees and had national responsibilities, which included leading counter terrorism policing throughout the UK and protecting the Royal Family and senior members of the government both at home and abroad.

Sir Bernard’s career has been characterised by high achievement, having successfully delivered numerous strategic objectives and efﬁciency improvements while holding weighty appointments with substantial responsibilities. He has a wealth of experience in creating cultural change, developing and implementing new strategies to transform corporate identities. He has built his success on the simple strategy of Total Policing. This involves a war on crime and care for victims.

As Commissioner of the Metropolitan Police and Chief Constable of Merseyside he delivered signiﬁcant reductions in crime during his 5 years tenure: 20% in London and 36% in Merseyside. In London, despite a budgetary loss of £600 million, he managed to maintain police ofﬁcer numbers while the rest of England and Wales lost 20,000 police.

When he took command of the Metropolian Police, the capital city of 8.4 million people was in a state of shock caused by the large scale riots of 2011.  The organisation itself was in crisis having lost half the Management Board.  Despite these challenges and with a limited timescale of only a few months he planned and delivered a safe city, a safe Olympics and saved £600 million.

During the next five years, the national threat level was set at ‘severe’ and attacks occurred throughout Europe. However, only one terrorist attack got through during his command. He has continued to build the UK police and Security Service partnership, which is recognised as the best in the world with its profound links to neighbourhood based community policing. 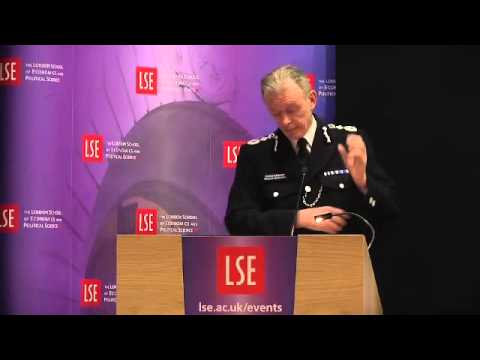 Total Policing: the future of policing in London

Commissioner Sir Bernard Hogan-Howe being a Police Officer in London 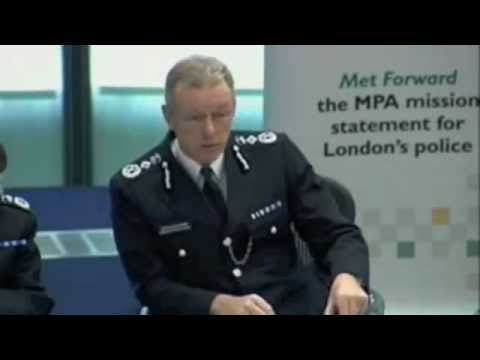