Dr. Benjamin Barber is an internationally renowned political theorist, whose current work examines the failure of nation-states to address global problems. He argues that cities and intercity associations are more effective in addressing shared concerns. This is the focus of his latest best-selling book, “If Mayors Ruled the World” (Yale University Press, 2013). Now available in nine languages, Dr. Barber shows how decentralised local governments can be more flexible – and more in tune with their constituents – than their federal counterparts.

Introducing the concept of “A Global Parliament of Mayors” (GPM), Dr. Barber talks passionately about how he believes the future of the world lies with mayors, who implement practical change every day. This has generated a call for action from Mayors, their political advisors and intercity organisations to develop the theory of the GPM into a reality. Standing at the threshold of a governance revolution, the GPM Project aims to give interdependence a true future in real civic and urban practices.

Dr. Barber is currently a Senior Research Scholar at The Center on Philanthropy and Civil Society of The Graduate Center, The City University of New York; the President and Founder of the Interdependence Movement; and Walt Whitman Professor of Political Science Emeritus, Rutgers University. From 2007-12, he was a Distinguished Senior Fellow at Demos.

Dr. Barber is also the Founder and Director of the small scale NY based NGO CivWorld. The organisation focuses on raising awareness of the brute realities of interdependence in a world still governed by sovereign and independent states; and on seeking transnational forms of civic education and democratic governance in both theory and practice that might better address these interdependent realities.

TEDtalk: Why mayors should rule the world (2013) 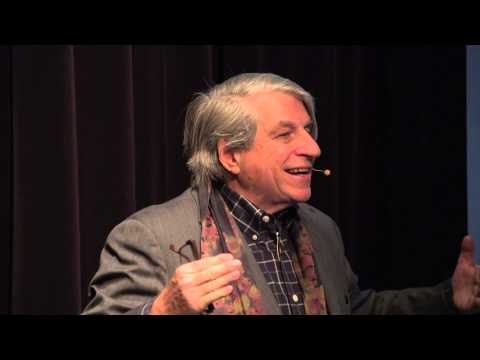