Ben Collins, formerly known as “The Stig” from BBC’s internationally acclaimed Top Gear TV program, is a Champion racing driver. He had previously been the anonymous and mysterious driver on Top Gear, who for 8 years had kept an audience of 500 million worldwide viewers guessing his identity.

The champion racing car driver has won races across a diverse arena of Motorsport. From the Le Mans Series to GT and Nascar, he was also a stunt driving expert for the last three James Bond films and Star Wars movie, Han Solo.

Ben has coached celebrities such as Tom Cruise, Cameron Diaz, Mark Wahlberg, Jeff Goldblum, Christian Slater, Simon Cowell, Hugh Grant, Chrstian Bale, Matt Damon and Jamiroquai Tom Jones. As The Stig, Ben was the benchmark of speed against all other drivers set themselves, and the man that everyone, including Formula one World Champions, Nigel Mansell and Jenson Button, tried and failed to beat. His career as a stunt driver has led him to appear regularly on popular car shows such as Jay Leno’s Garage.

Ben’s speeches incorporate his experience as a racing driver, where he expresses and shares his mental aptitude that is required to be a professional in such a highly competitive environment. Providing insight on the feelings during a race, combined with teamwork and a high-pressure environment, Ben shares that total concentration and focus is the key to unlocking potential. He emphasises on teamwork, having performed teamwork in both the Army and pit lanes, showcasing that every individual is linked by that shared vision and invariable it is the weakest link in the chain that determines whether or not it will be a win or loss. By sharing his persona as The Stig, Ben explains that The Stig epitomised a superhuman quality that was effortless but he shared that the man behind the mask had to dig deep for every victory. He emphasises on hard work giving results, and having a drive that will continue to inspire both himself and his audiences.

With many credits to his name, such as A Professional Le Mans 24-hour Race car driver, Bestselling Author, TV Presenter, World Record Breaker and multiple Award Winning Hollywood Stunt Driver, Ben brings to life his experience and ethos of teamwork to both his life and audiences. His bestselling memoir, The Man in the White Suit, published in 2011, charts a life of passion, commitment and determination to succeed in a highly competitive adrenalin-fuelled world. His second book, How to Drive, is an International Bestseller with translations in Polish, Russian, Latvian, Czech, Dutch. His books blend his philosophy of anticipation, smoothness and vision to convey his unique insights on driving. 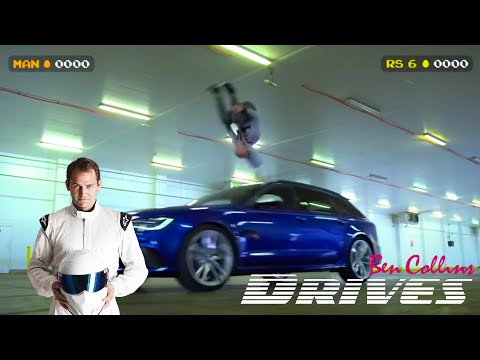 The Man in the White Suit: The Stig, Le Mans, the Fast Lane and Me

How To Drive: The Ultimate Guide, from the Man Who Was the Stig