Bear Grylls is a keynote speaker and a former British 21 SAS soldier, No. 1 best-selling author, producer and is widely known for his television series Man Vs. Wild. Alongside hosting other wildness survival television series in the UK and US, he is an honorary Colonel to the Royal Marine Commandos and is the youngest-ever Chief Scout to 40 million worldwide Scouts.

Grylls is one of the youngest-ever climbers of Mount Everest. His speeches draw upon his experiences and he shares the four things that have shaped him along the way, and the lessons he has learnt. His early role in the military as an SAS soldier taught him combat and life skills and served with the regiment as a reservist until 1997. His TV career places him at the top of the survival and adventure world. Starring in both the UK and US channels, he also reaches the Chinese market with Survivor Games. He is also a published author of numerous books. His books range from biography, self-help, fitness and children’s adventure fiction.

Through his keynote speech, Grylls aims to guide his audience on a journey to understand how to overcome challenges and adversity and to learn from failures. Sharing his stories of resilience, courage and drive to never give up, Grylls empowers his audience to find their own adventures. He can deliver speeches to corporate engagements, conferences, events and award ceremonies, presenting awards, bespoke events and intimate talks to a smaller audience. 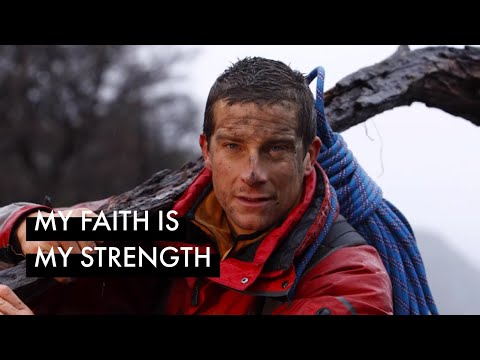 CBN Europe | My Faith Is My Strength | Bear Grylls' Story

Mud, Sweat, and Tears: The Autobiography

How to Stay Alive: The Ultimate Survival Guide for Any Situation

The Kid Who Climbed Everest: The Incredible Story Of A 23-Year-Old's Summit Of Mt. Everest

A Survival Guide for Life: How to Achieve Your Goals, Thrive in Adversity, and Grow in Character

Interested in booking Bear Grylls to speak at an event? Please provide your details and we’ll get in touch within 24 hours.