McClintock’s books appear in print in 12 languages, and her original artwork has been exhibited in museums and galleries in Paris, France, Seoul, South Korea, New York, Los Angeles, St. Louis, Amherst/North Hampton, Massachusetts, Connecticut, and North Dakota. In 1994-1995, The Minneapolis Children’s Theatre produced a ballet/opera of her book Animal Fables From Aesop, after which she was commissioned to design sets and costumes for the MCT’s production of The Worn-out Dancing Shoes in 1997.

Barbara McClintock began illustration and writing professionally at the age of 20 when she moved from North Dakota to New York City on the recommendation of Maurice Sendak after calling him for advice. Some of her earliest work was with Jim Henson, illustrating books based on characters from his cable television series Fraggle Rock. The first book that McClintock both wrote and illustrated, The Heartaches of a French Cat, won her first New York Times Best Illustrated Children’s Books award, and established her career.

Over the past several years, Barbara McClintock has become involved in developing arts outreach programing for schools in financially challenged areas in Connecticut.
She is extremely honored to have received a 100 Connecticut Women of Merit citation in 2012 from the Girl Scouts of Connecticut for her community service.

Barbara McClintock currently serves on the board of directors of The Eric Carle Museum of Picture Book Art. 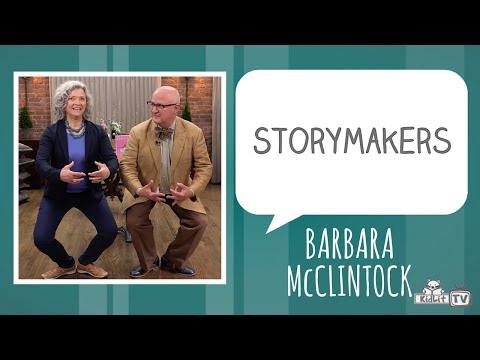