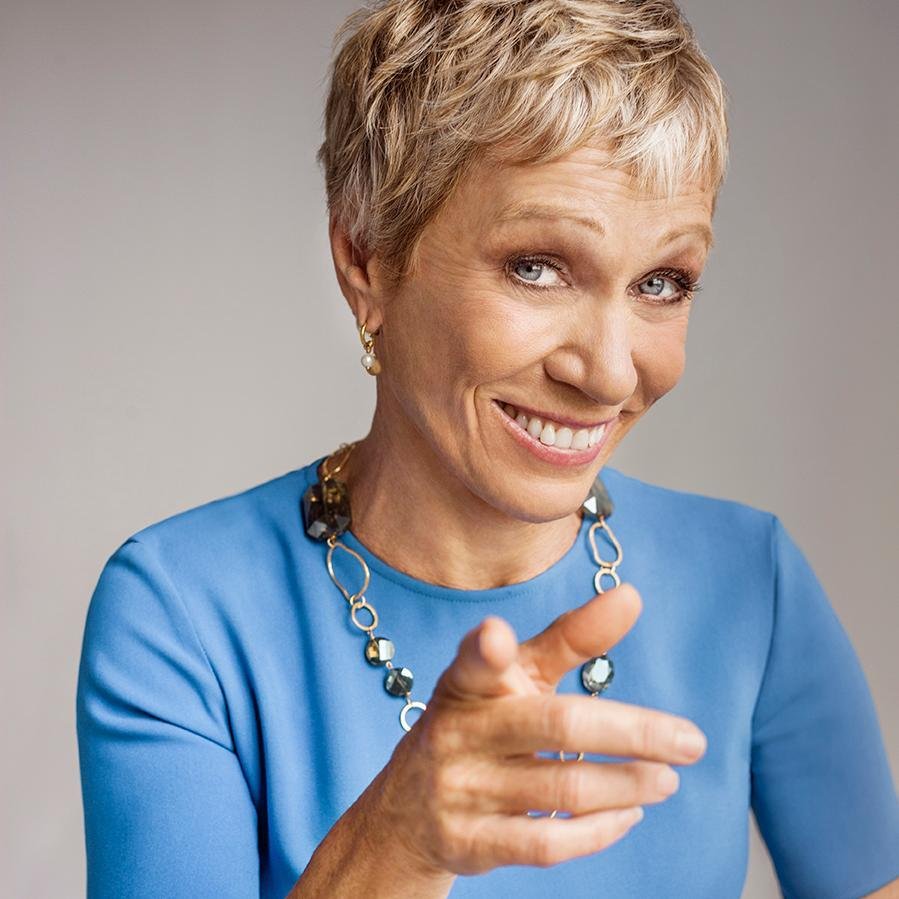 Barbara Corcoran’s credentials include straight D’s in high school and college and twenty jobs by the time she turned twenty-three. It was her next job that would make her one of the most successful entrepreneurs in the country when she took a $1000 loan to start The Corcoran Group.

Barbara was able to build The Corcoran Group from the ground up by being one of the most effective leaders in the business and creating an incredible team around her. Once she reached the pinnacle of the New York real estate business, she sold the business to return home and spend time raising her children.

After her successful career in real estate, Barbara reinvented herself as one of the “Sharks” on ABC’s hit TV show, Shark Tank. Barbara has ponied up her own money and invested in twenty-two businesses, competing to make those deals for all to see, then shepherding them to success.

Her newest book, Shark Tales: How I Turned $1,000 into a Billion Dollar Business, takes you behind the scenes of her life and business and her ‘seen on TV’ venture capitalism. Barbara is famously brash and blunt, bold and courageous, and a brilliant identifier of opportunity and talent (often invisible to others).

Interested in booking Barbara Corcoran to speak at an event? Please provide your details and we’ll get in touch within 24 hours.