Azeem Rafiq is an inspiring anti-racism campaigner, former professional cricketer and whistleblower at Yorkshire County Cricket Club.  He is a speaker on equality, diversity and inclusion, and shares his story of fighting racism in the workplace.

As a cricketer, Azeem was known as a shrewd tactician and performed particularly well in the shorter formats of the game.  From 2009-10, he was captain of the England under-19 cricket team, playing alongside numerous players that went on to be part of the 2019 World Cup Winning team.  He played as a spinning all-rounder during his two spells at Yorkshire County Cricket Club, between 2008-14 and 2016-18.  He recently qualified as a cricket coach.

While at Yorkshire cricket club, Azeem suffered racism and bullying. It took him many years to fully understand the impact of his suffering, particularly his treatment by the club during a very difficult time when his son was stillborn.

In 2020 he spoke out about the discrimination he faced and took legal action against the club.  This led to a historic testimony to MPs the following year.  His brave actions forced an overhaul of the toxic culture and behaviour both present at Yorkshire and in the sport more widely.

As a consequence,  several other cricketers have felt empowered to come forward with their experiences of discrimination.  Azeem hopes that future generations of aspiring cricketers will be able to play the game they love without fear of humiliation.

Azeem is keen to use his experience to help corporates to fight discrimination in the workplace, to acknowledge institutional problems, and identify and root out institutional racism.

He is married with two children. He lives in Barnsley, having arrived in the UK from Karachi when he was 10 years old.

How one of the most successful cricket teams in the country allowed racism to exist at the club and tried to cover up an internal inquiry. Azeem tells the story of the personal and professional challenges he faced.

Creating a safe & inclusive environment in the workplace

Azeem uses his experience to explain to groups some of the signs of racism existing, and provides solutions for how to effectively and respectfully handle complaints. He suggests some helpful measures can be put in place to create a safe & open environment for all employees. 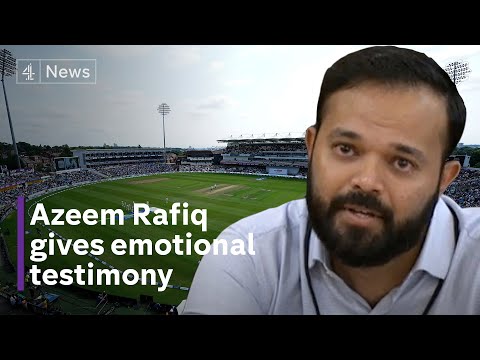 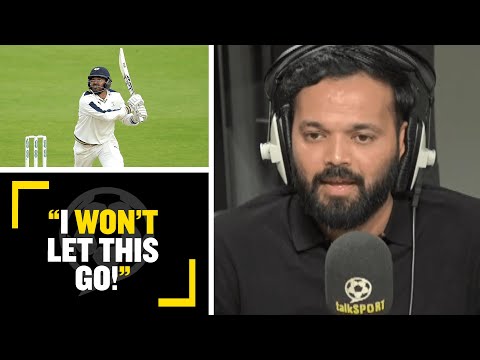 talkSPORT | Azeem Rafiq on Yorkshire: "I won't let this go."