Dr. Astrid S. Tuminez joined Microsoft in October 2012 as the Regional Director of Legal and Corporate Affairs (LCA) in Southeast Asia (SEA), and is responsible for driving government relations, corporate citizenship, and business and regulatory initiatives in that region.

She is also an Adjunct Professor, the former Vice-Dean (Research) and Assistant Dean (Executive Education) of the Lee Kuan Yew School of Public Policy (National University of Singapore). At the LKY School, Astrid has delivered leadership training to over 2,000 government officials (up to the level of vice-ministers) and private sector executives.

Previously, at the US Institute of Peace, she assisted in advancing peace negotiations between the Philippine government and the Moro Islamic Liberation Front. Astrid was also a Senior Advisor to the Salzburg Global Seminar, Director of Research for alternative investments at AIG Global Investment, a consultant to The World Bank and an institutional sales/research professional at Brunswick Warburg.

In the 1990’s, Astrid ran the Moscow office of the Harvard Project on Strengthening Democratic Institutions, where she worked with leading reformers, including Mikhail Gorbachev and Eduard Shevardnadze. She was also a program officer at the Carnegie Corporation of New York, focusing on grant-making in democratisation, conflict prevention, and non-proliferation of weapons of mass destruction.

In 2012, Astrid authored “Rising to the Top? A Report on Women’s Leadership in Asia”, a project supported by the Asia Society and The Rockefeller Foundation. She serves on the boards of the Bank of the Philippine Islands (BPI); Singapore American School; and ASKI Global, an NGO focused on training and financing entrepreneurship among Asian women migrant labourers.

Astrid is a member and former Adjunct Fellow of the Council on Foreign Relations, and is the author of the book, “Russian Nationalism Since 1856: Ideology and the Making of Foreign Policy” (2000), as well as other articles, essays and op-eds on a range of subjects. She was selected in 2013 as a “Top 100 Global Influencer” by the Filipina Women’s Network of the US. 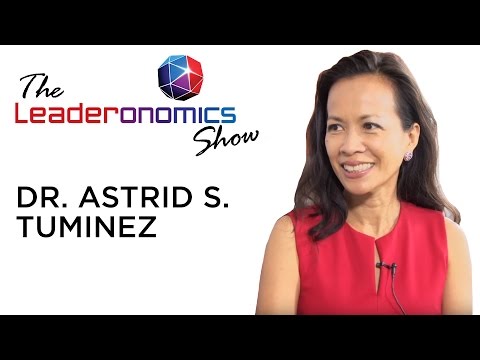 Interview on the Leaderonomics Show (2014) 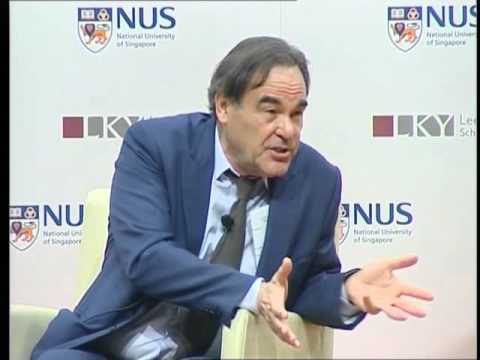 Moderating a discussion with Oliver Stone (2011)