Arlene Foster is a British politician who has served as First Minister of Northern Ireland on two occasions between 2016 and 2021.  She also served as Leader of the Democratic Unionist Party (DUP) from 2015 to 2021. Arlene is the first woman to hold either position and has been the Member of the Northern Ireland Assembly (MLA) for Fermanagh and South Tyrone since 2003.  Arlene is now a popular keynote speaker on a range of issues.

Described in 2017 as the second most powerful woman in UK politics, Arlene Foster made her first appearance on BBC Newsnight aged 17, after her school bus was bombed by the PIRA and she has been involved in Northern Ireland politics since being a student at Queen’s University, Belfast.

A lawyer by profession, she was born in 1970 at the start of the Northern Ireland Troubles and grew up in County Fermanagh where she still lives with her husband and three children.

Arlene was instrumental in establishing powersharing in Northern Ireland and served as Minister for the Environment when devolution returned to Northern Ireland in 2007. When Rev Dr Ian Paisley retired in 2008, she was appointed as Minister for the Department of Enterprise Trade and Investment, a position she held until May 2015. During this period she was instrumental in promoting Northern Ireland’s tourism industry, bringing major events like the MTV EMA awards, the Irish Open and Giro d’Italia to Northern Ireland and securing record levels of investment into the economy. In 2012 she spearheaded a yearlong campaign entitled ‘Our Time, Our Place’, which sought to change the narrative for Northern Ireland, marketing it as a great place to live, work, invest and holiday in.  Seeing the gap in energy infrastructure in the west of NI, she drove the Gas to the West policy of bringing natural gas to homes and businesses in the area.

Arlene was appointed as Minister for Finance and Personnel in May 2015. She has worked as acting First Minister on two occasions, firstly for a period of three weeks in 2010 and then during the Autumn of 2015.

After the General Election of June 2017, Arlene led her Party into a Confidence and Supply Agreement with the Conservative Party in order to secure stable government for the UK. The period between the election and the formation of a new Government has been described as one of the most significant constitutional periods in generations. The C&S agreement brought extra funding to Northern Ireland to enhance road and broadband infrastructure and invest in Health and Education.

Following the Assembly election of May 2016 Arlene was returned as First Minister.

Devolution collapsed in January 2017 and what followed was a series of political negotiations to revive the power sharing institutions. Finally in January 2020 the Assembly and Executive were re-established after the New Decade, New Approach agreement which Arlene was fundamental in bringing about. She was reappointed as First Minister on 11th January 2020 and served until her resignation on 14th June 2021.

Arlene has been to the forefront of advocating for more women in public life and has led by example in many ways, not least becoming the first female First Minister. Empowering more young women, and women from disadvantaged backgrounds to take part in public life is something she feels very strongly about.

She has also highlighted the abuse many women in public life face from social media platforms and wants to continue to advocate on this issue when out of elected office. 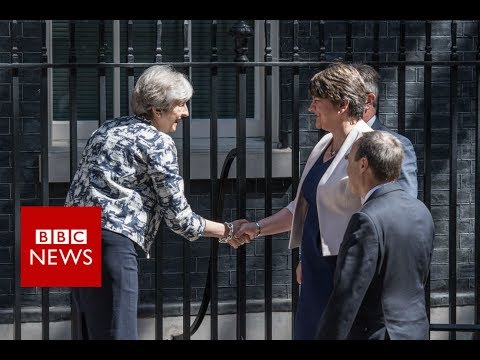 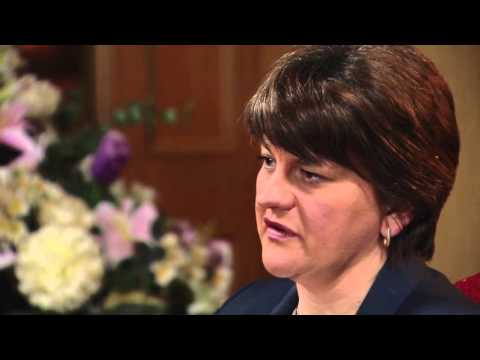 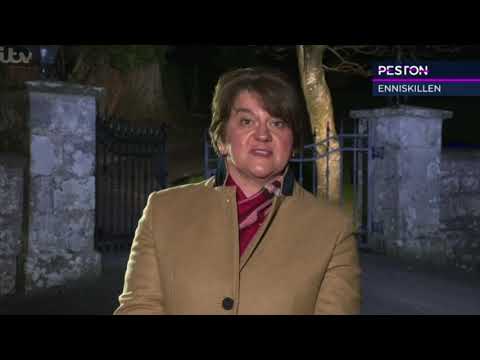 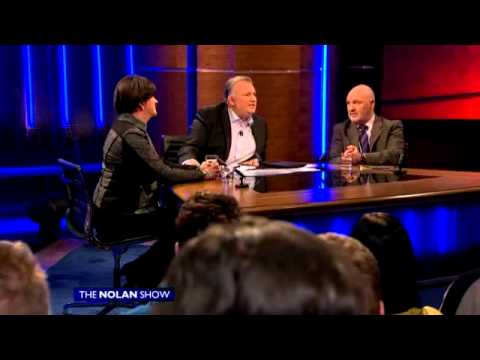 Interested in booking Arlene Foster to speak at an event? Please provide your details and we’ll get in touch within 24 hours.