Anya Hindmarch CBE is an award-winning hand-bag designer, entrepreneur and speaker on innovation, creativity and design.

Anya began her career after noticing that a drawstring leather duffel bag was popular among Florentine women and so she borrowed $1,000 to import some of these bags to England. She immediately sold 500 and started her business aged just 19.

The business has grown from her first store, an intimate first floor shop on London’s Walton Street, to a global brand that maintains modern craftsmanship, creativity, a touch of humour and personalisation at the heart of everything it does. In 2018, Anya captured the attention of London, with the Chubby Hearts campaign that saw 24 helium balloons suspended above various London landmarks as part of a love letter to the city. Later in the year, she launched the immersive Chubby Cloud exhibition, a fun and playful installation based around the cloud motif of her Autumn/Winter collection. Visitors enjoyed sitting in the world’s largest beanbag and listening to music, talks and bedtime stories.

Other projects include the Bespoke collection, in which, as Anya says – each piece is about ‘having your name on something, rather than mine’; the ‘Waste Not Want Not’ campaign; ‘Be a Bag’, in which a personal photograph can be printed onto a bag; ‘I Am A Plastic Bag’, a collection made from recycled plastic bottles; a ten year collaboration with British Airways; a collaboration with Vanity Fair, designing their Oscars party bag; and a collaboration with Barbour, for whom her company has created four new styles.

Anya is dedicated to supporting British design and arts. She is an Emeritus trustee of both the Royal Academy of Arts and the Design Museum and is a trustee of the Royal Marsden. In addition to receiving several reputable industry awards, such as British Fashion Awards, in 2017 Anya was awarded a CBE in 2017 for her contributions to the British fashion industry and prior to that, an MBE in 2009.

In May 2021, Anya published Sunday Times Bestseller ‘If In Doubt Wash Your Hair’. In the book, she shares her stories of success, lessons learnt along the way and inspirational advice, including why sometimes the answer is as simple as washing your hair. Anya received widespread praise for her book, which was described by Grazia Magazine as a ‘charming mix of memoir and manifesto’. 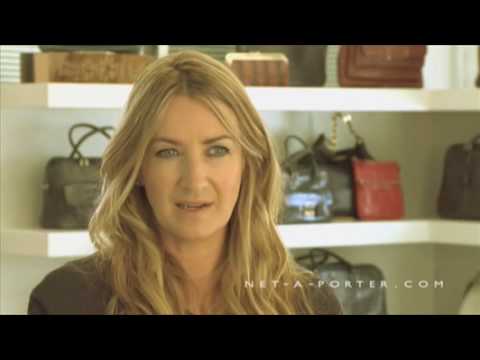 If In Doubt, Wash Your Hair

Interested in booking Anya Hindmarch to speak at an event? Please provide your details and we’ll get in touch within 24 hours.