Andrew Neil is an after-dinner speaker, a publisher, an editor, a writer and a well-known BBC broadcaster, currently presenting The Daily Politics and This Week. He also anchors Politics Europe, and until recently BBC’s Straight Talk With Andrew Neil.

In 1995 Andrew was made Publisher (Chief Executive and Editor-in-Chief) of The Press Holdings Group, owners of The Spectator, Spectator Business and Apollo Art magazines, until 2008 when he became Chairman. He is also Chairman of ITP, the biggest magazine publisher in the Gulf (based in Dubai); and Chairman of World Media Rights (WMR), which produces factual and historical shows for TV channels across the globe.

Until recently he was a member of the International Advisory Board of Al Jazeera, the international news channel based in Doha, Qatar; and Publisher of The Scotsman Group of newspapers in Edinburgh for 10 years.

Since 1996 he has presented live prime-time special reports for BBC2 every autumn from all three British party political conferences. Among the many world leaders he has interviewed are Ronald Reagan, Sonia Gandhi, Tony Blair, Jimmy Carter, Margaret Thatcher, Henry Kissinger and Boris Yeltsin.

Andrew is a Fellow of the Royal Society for Arts (FRSA) and holds several honorary degrees. He was awarded Journalist of the Year in 2013 by the prestigious British Political Studies Association. 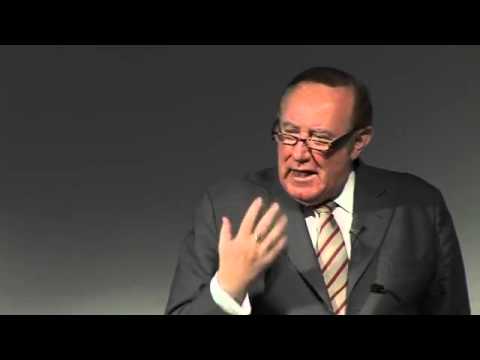