Alyque Padamsee is a highly popular Indian actor, producer, film maker and advertising guru. He is best known in the English-speaking world for playing Muhammad Ali Jinnah in the Oscar-winning film Gandhi by Richard Attenborough, released in 1982.

Alyque is a prominent figure in Indian theatre, famous for his acclaimed theatre productions, including Evita and Jesus Christ Superstar. In January 2013 it was announced that he is returning to the stage after 20 years to direct and play in Death of a Salesman, produced by his daughter.

Besides being involved in Indian theatre as an actor and producer, he is well known as an advertising professional who successfully headed the advertising agency Lintas India (now Lowe Lintas India) for 14 years. Widely recognised as the “Brand Father of Indian advertising”, he has built more than 100 brands, helping Lintas to become one of the top agencies in the country. He is currently CEO of AP Advertising, a communications consultancy, and the Regional Co-ordinator of Lintas South Asia.

Alyque is also Chairman of the London Institute of Corporate Training where he lectures on leadership and ideation for institutions such as Tata Steel, Infosys, Reliance Industries, Harvard Business School, Goldman Sachs, Deloitte and other renowned corporations. 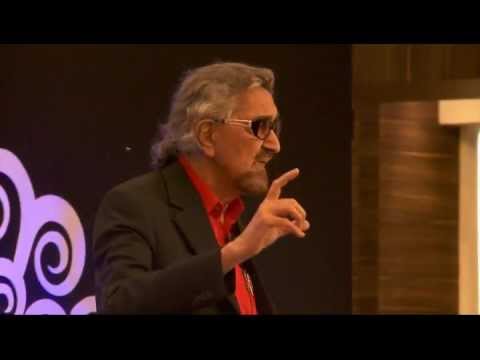 TEDxJaipur: Ideas that can change the world (2012)