Alice Rawsthorn is an award-winning design critic, critically acclaimed author and keynote speaker on design. In all her work, Alice champions design’s potential to address social, political, and ecological challenges.

Alice is the author of several books including Design as an Attitude, Hello World: Where Design Meets Life, and, most recently, Design Emergency: Building a Better Future.   She is Co-Founder of the Design Emergency research platform and podcast to investigate design’s role as a force for positive change.

Born in Manchester and based in London, Alice graduated in law and art history from Cambridge University. She was an award-winning journalist for the Financial Times for nearly twenty years, working as a foreign correspondent in Paris and pioneering the FT’s coverage of the creative industries. For over a decade, Alice was design critic of the global edition of The New York Times, writing a weekly Design column, which was syndicated to other media worldwide.

An honorary senior fellow of the Royal College of Art with an honorary doctorate from the University of the Arts, Alice is a member of the UK government’s Honours Committee for Arts and Media, and a founding member of the OECD’s Future of Democracy Network and the advisory board of the DemocracyNext research institute. She is also a founding member of Writers at Liberty, a group of writers who are committed to championing human rights and freedoms as supporters of the human rights charity Liberty.  Alice was awarded an OBE for services to design and the arts.

Alice’s past roles in arts governance include being chair of trustees at Chisenhale Gallery in London, The Hepworth Wakefield museum in Yorkshire, and the contemporary dance group, Michael Clark Company. She was also a longstanding trustee of Arts Council England, the Design Council and the Whitechapel Gallery.

Alice is an influential speaker and social media commentator on design. She has spoken at important global events including TED, Aspen Ideas Festival and the World Economic Forum in Davos, Switzerland. Her TED talk has been viewed by over a million people worldwide.

How can design help us to build a better world? What is it already doing to address complex challenges such as the climate emergency, refugee crisis and abuses of technology? And what more can it do in the future?

When people talk or write about design, it is usually to praise “good design”? But bad design has as much – if not more – influence over our lives? What are the commonest reasons for producing it? And how can we avoid them?

Design and the Climate Emergency

The climate emergency is the defining challenge of our time. How is design helping us to tackle it by eliminating ecologically destructive practices and replacing them with cleaner, safer, more sustainable alternatives?

How can design enable and empower us to live more inclusively, by ensuring that every aspect of our world – from our personal identities, to our workplaces – are as diverse and respectful as possible?

What do we need and want from design at this turbulent, often ominous time? How should it change to help us to live more responsibly, ethically and environmentally, now and in the future? 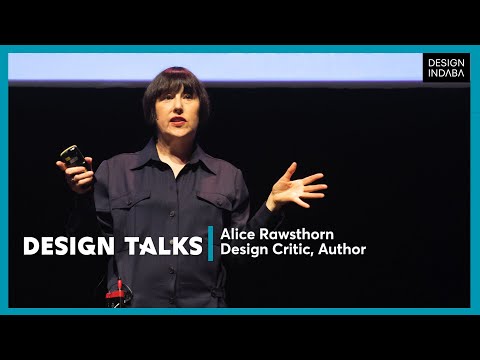 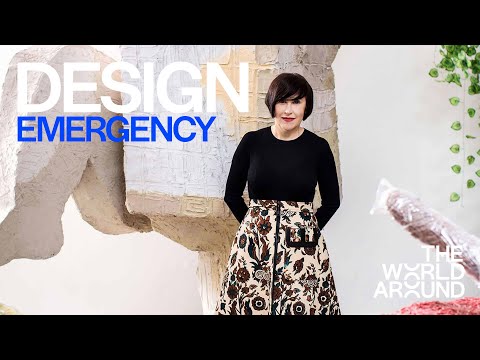 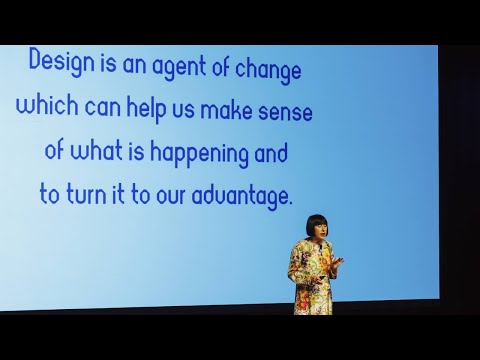 Design as an Attitude

“When it comes to the ethics, challenges and achievements of design, the British critic and author Alice Rawsthorn is virtually unparalleled… countering catastrophe with human ingenuity and occasional humour, Ms. Rawsthorn helps you make sense of the environment around you.”
The New York Times
“The breadth and depth of Rawsthorn’s design knowledge is astounding.”
WIRED