Having worked as a Royal Marines Commando Sniper, Aldo has a wealth of experience in exploration. He has been charged by black Rhino, abseiled into an active volcano, rowed across the Atlantic, escaped Ebola, been held at gunpoint and dived on Captain Kidd’s pirate ship. Aldo served in the military in Northern Ireland and the Middle East and became one of the youngest Elite Commando Reconnaissance Snipers in the UK armed forces.

Today he appears on screens by broadcasters around the world including BBC, Discovery, Nat-Geo, Channel 4, PBS, Channel 5, History Channel and ITV. He has appeared alongside the likes of Tom Hardy, Henry Cavill and Adrien Brody in some of the most extreme environments in over 100 countries. Aldo was the Expedition Leader for National Geographic’s recent feature series One Strange Rock, hosted by Hollywood actor Will Smith. During this time he lead a prominent American Scientist deep inside one of Africa’s most dangerous volcanoes whilst it was erupting. With his expertise in dangerous locations, Aldo is a prime figurehead for hard-hitting investigative journalism missions.

Aldo is the author of ‘Lessons From the Edge: Inspirational Tales of Surviving, Thriving and Extreme Adventure’ and also runs a business called Vertical Planet that provides technical safety consultation and risk management for film crews operating in high-risk environments.

• Expedition – A Life of Adventure

• Lessons from the Edge 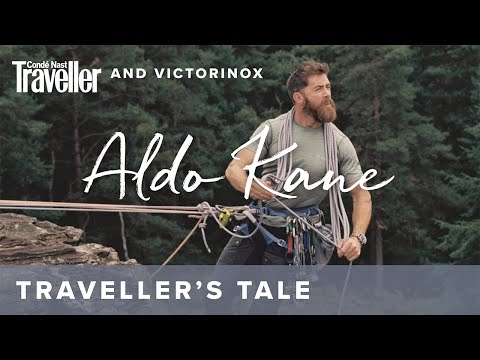 Lessons From the Edge: Inspirational Tales of Surviving, Thriving and Extreme Adventure