Alan Chambers joined the Royal Marine Commandos at the age of 16 and spent the next 16 years as a Royal Marine Commando. He trained as a Parachutist, Diver and Paramedic and operated in Jungle, Desert Arctic and Urban environments. Alan is a global accomplished motivational and leadership speaker with Chartwell Speakers.

Since then Alan has travelled the world over 50 countries; cycled across Europe for charity; became one of a 4 man team who became the first and only team in the world to traverse Iceland in the winter 850km with Princess Diana as their Patron; spent 5 years training and living with the Inuit Eskimos in the North West Territories of Canada and became the first Marine to visit the grave of the Marine who died on the 1845 Franklin Expedition who are buried on Beechy Island.

In 2000 Alan led the first British Team unsupported to the Geographical North Pole from Canada over 1000km in 70 days. Prince Phillip was their patron. The documentary was shown on Discovery channel over 20 times and generated over 20 million pounds of publicity for their sponsor Diageo Johnny Walker for whom he became a global brand ambassador and board member of the JW Fund.

Then Alan conceptualised and launched Extreme classrooms – changing disaffected children’s lives through adventure with business and sporting mentors to guide them.

Alan speaks over 70 times a year to all major sectors in industry finance medicine sport and mainstream commerce.

Leading at the Edge 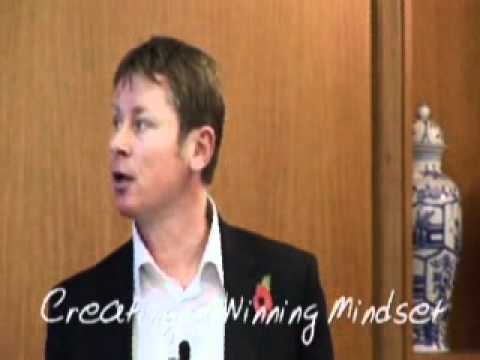 Alan's amazing story highlighting the remarkable focus & leadership he had around the North Pole trip truly inspired the team in their preparation for the Rugby World Cup 2003.
Martin Johnson former England captain