Adam Rutherford is a British Professor of Genetics and Biosciences, a Sunday Times bestselling author, a broadcaster, and a columnist with over two decades of experience in science and the origin of life. He is an engaging speaker who is sought-after for biosciences, genetics and industry events.

Adam joined University College London as an Honorary Senior Research Fellow, where he lectures on genetic evolution, race science and science communication in the Biosciences department.

He is a documentary writer and presenter on Inside Science and a co-host on the top-rated podcast The Curious Cases of Rutherford and Fry with British mathematician Hannah Fry. Both programs are hosted on BBC Radio 4, with the latter currently on its 17th season. As an audio-video editor, podcast content creator, and podcast editor for Nature Journal for over a decade from 2002, Adam delved into topics related to synthetic biology, genetics and eugenics.

Adam is an accomplished author with numerous books published on genetics and evolution. His first book, Creation: The Origin of Life / The Future of Life, published in 2014 as a ‘two in one’ to UK audiences, supports the evolutionary theory that humans emerged from primordial ponds and goes on to explore the creation of new organisms through genetic modifications. This book was shortlisted for the Wellcome Book Prize Award for its contribution to health and science in literature.

His most recent book published in 2020, aptly titled How to Argue with a Racist: History, Science, Race and Reality, is a Sunday Times Bestseller which tackles the issue of race, discrimination, intelligence and ancestry from a scientific perspective. In 2021 Adam co-authored the Sunday Times Bestseller Rutherford and Fry’s Complete Guide to Absolutely Everything with a revision released in 2022. He is currently working on a new book titled Where Are You Really From? which is expected to be released in late 2022.

As a professor and writer, Adam has written numerous journal and scholarly articles. He is also a skilled pundit who has written for major publications and frequent columnist for The Guardian.

Being a figurehead in the scientific community, Adam has consulted on several science fiction movies such as the Academy Award-winning Ex Machina (2015), Netflix’s Annihilation (2017) and Devs (2020).

He holds a PhD in Genetics, which he obtained in 2002 from University College London for his work at the UCL Great Ormonde Street Institute of Child Health.

As a pioneer in genetics and developmental biology, human evolution and genetic engineering, Adam is a popular speaker at academic and scientific conferences. 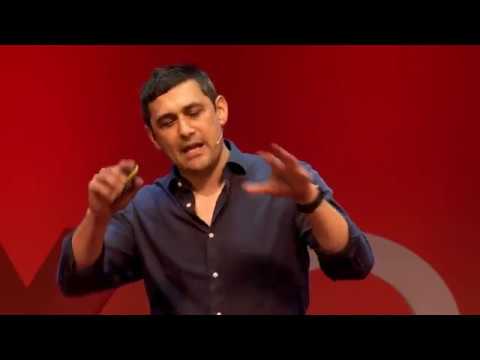 Creation: The Origin of Life / The Future of Life

A Brief History of Everyone Who Ever Lived: The Stories in Our Genes

A Brief History of Everyone Who Ever Lived: The Human Story Retold Through Our Genes

The Book of Humans: The Story of How We Became Us

How to Argue with a Racist: History, Science, Race and Reality