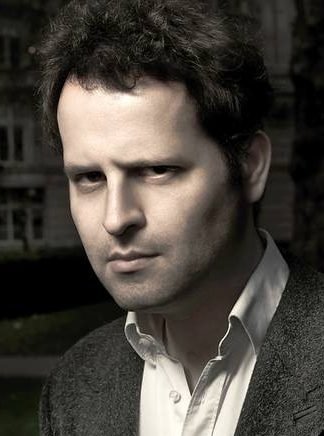 Adam Kay is a comedian, best selling author, ‘This Is Going to Hurt’, and former doctor.  Adam Kay is also an amusing and entertaining motivational speaker. At medical school Adam founded the musical comedy group Amateur Transplants and wrote for BBC Radio 4. After working for a number of years as an obstetrician and gynaecologist Adam left medicine for a career in comedy and writing.

In 2017, Adam published his first book, based on his diaries of his former career as a doctor ‘This is Going to Hurt’, which was highly well-received and quickly became a Sunday Times bestseller. The book was awarded Blackwell’s Debut Book of the Year 2017, Sunday Times Humour Book of the Year, and won both non-fiction book of the year and the overall prize in the 2017 Books Are My Bag Readers’ Awards.

Adam’s book was nominated for Non-Fiction book of the year in the 2018 British Book Awards, won Esquire Book of the Year and was a selection of the Zoe Ball Book Club. In 2018, the BBC announced that Kay would be adapting his book into an eight-part comedy-drama for BBC Two.  Kay’s second book, ‘Twas the Nightshift before Christmas’, was released in October 2019.    In April 2020, it was announced that Trapeze would publish a collection of personal stories about the National Health Service (NHS) edited by Kay. Entitled ‘Dear NHS: 100 Stories to Say Thank You‘, the book will include letters stars including Sir Paul McCartney, Louis Theroux, Caitlin Moran and Jameela Jamil.

Adam has sold out for six years at the Edinburgh Festival Fringe and also had sell-out nationwide UK tours.  He won Best Musical Variety Act at the 2014 London Cabaret Awards and has been named by the Evening Standard as one of London’s most influential people. He has performed songs on the topical BBC Radio 4 series The Now Show and has appeared on numerous TV shows, such as the Russell Howard Hour on Sky One, BBC Breakfast, Lorraine, Peston on Sunday and 8 Out of 10 Cats Does Countdown.

A heartening, laugh-out-loud confessional on the indignities and quiet joys of being a junior doctor. Kay’s warts-and-all account will not only bring plenty of laughs but also delivers a moving report from the NHS’s embattled frontline
Financial Times, writing about his book 'This is Going to Hurt'