Abhisit Vejjajiva was appointed Prime Minister of Thailand in 2008, a position which he served until 2011. At age 44, he was the country’s youngest prime minister in more than 60 years. Since 2005, Abhisit has been the Leader of the Democrat Party.

Abhisit inherited a country that was bitterly divided between the poor and the affluent, the rural and the urban, the mass and the elite. As prime minister, he promoted a “People’s Agenda,” which focused primarily on policies affecting the living conditions of Thailand’s rural and working class citizens. A long-standing opponent of corruption, he objected to the 2006 coup that deposed Prime Minister Thaksin Shinawatra, his political opponent.

Before entering parliament, Abhisit had a brief academic career. After graduating from Oxford, he taught at Thailand’s Chulachomklao Royal Military Academy. Later, he returned to Oxford to study for a Master’s degree. He then taught economics at Thammasat University before studying law at Ramkhamhaeng University.

In 1992, Abhisit joined Thailand’s oldest party, the Democrats, and at the age of 27, entered parliament as one of its youngest ever members. He has served as Democrat Party spokesperson, Government spokesman, Deputy-Secretary to the Prime Minister for Political Affairs, Chairman of the House Education Affairs Committee, and Minister to the Prime Minister’s Office. From 2005 to 2013, Abhisit Vejjajiva was the Leader of the Opposition in the House of Representatives. 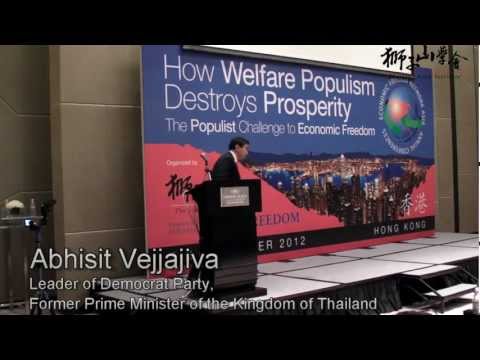 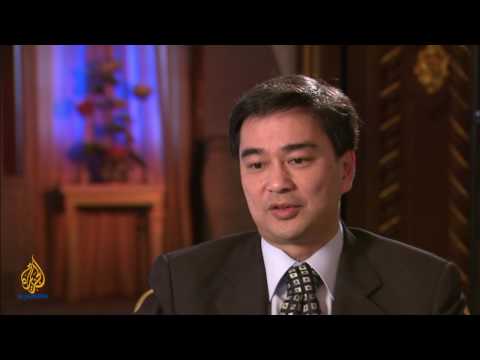 Interested in booking Abhisit Vejjajiva to speak at an event? Please provide your details and we’ll get in touch within 24 hours.