Last week, Shinzo Abe announced his pending resignation as Japan’s Prime Minister. Following a shorter stint in office from 2006-2007, Abe has led Japan since 2012. He is the country’s longest-serving Prime Minister.

Abe has been described as a nationalist and his tenure is marked by a desire to re-assert Japan’s position on the world stage. His government approved a ‘re-interpretation’ of Japan’s pacifist constitution. He has resisted China’s expansionist foreign policy, refuting their claims to islands in the South China Sea. Abe has also courted India, promoting a ‘free and open Indo-Pacific’ as part of an effort to counter Chinese influence in the region. His stance was valued by the US as it seeks to weaken China’s influence. President Trump lauded Abe as Japan’s greatest Prime Minister ever, following the news.

The Prime Minister is most famous for the eponymously named, Abenomics. His economic policies of monetary easing, fiscal stimulus, and structural reforms have aimed to shake the country out of the stagflation that gripped it for twenty years. The results have been mixed. Abe presided over Japan’s longest spell of uninterrupted growth for sixteen years. Employment also increased by 2.7 million despite Japan’s widely publicised demographic challenges. Inflation has increased but remains well short of the 2% target. Wage growth also remains sluggish.

Abe’s leadership has given Japan stability as a time of political volatility in so many other parts of the democratic world. His resignation raises new questions about the country’s future direction. Will his successor wish to remain the US’ foremost ally in the region or will he or she pursue neutrality? How will he or she deal with the economic challenges that continue to haunt an economy once expected to overtake the US? More immediately, Japan faces the challenge of Covid-19, particularly as it still hopes to hold the postponed Olympics next summer.

Chartwell has compiled a list of experts to look at Japan’s new political landscape:

Jesper Koll
One of Japan’s most influential economic commentators. Responding to news of Abe’s resignation, Koll said, ‘the broad picture remains intact. In terms of economic and fiscal policy, the focus remains very much on reflation.’ Koll has been bullish about the Japanese economy and, prior to the Covid-19 outbreak, said estimates for Japanese growth were ‘way too low’.

Masaaki Shirakawa
The former Governor of the Bank of Japan. Shirakawa has warned against inflation targets and said increasing productivity and the birth rate remain much more pressing issues in Japan.

Heizo Takenaka
Economist and former Minister in the Japanese government. Takenaka has identified the structural issues facing Abe’s successor. Immigrants, overseas students, entrepreneurs, and increasing the percentage of women in managerial position all need to be addressed if Japan is to thrive post-pandemic, he says.

If you are interested in booking any of the above speakers, please do get in touch. 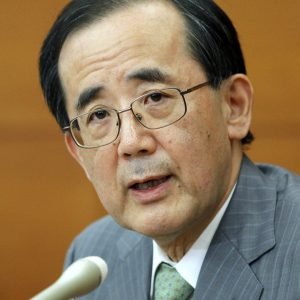