Second Home: London's workplace of the future is launched by Rohan Silva, an expert on the UK tech industry

Rohan Silva, a global thought leader on the relationship between public policy and innovation, has just spent £3 million gutting an old carpet factory off Brick Lane in London to create a utopian workspace called Second Home. A former influential advisor to British PM David Cameron, Rohan was responsible for the Tech City initiative in east London which helped to increase the number of digital and technology companies in the area from 200 to over 2000 in just two years.

Second Home is a 24,000 sq ft office space that has no straight lines, has see-through rooms that look like fish tanks and where no lamp or chair is the same as the one next to it. It houses 23 hand-picked companies from tech, finance and media which have been chosen because Silva and his co-founder Sam Aldenton believe they fit the creative ethos and can benefit from bumping into each other in this very social workplace.

Rohan comments that the, “biggest companies in the world, I think, have understood the future of work for quite a while. If you go to Google’s Mountainview, every night there are talks and films playing. And they are spending a billion dollars on their new office at King’s Cross. What really frustrates us is that the growing creative companies that are doing the best stuff are usually in the crappest digs.”

The idea of Second Home is to plug that gap, and offer an office experience that emulates the tech giants’ space. Click here to read the full article.

For more information, or to book Rohan Silva as a keynote speaker for your conference or event, please contact Leo von Bülow-Quirk at leo@chartwellspeakers.com or call 0044 (0) 20 7792 8000. 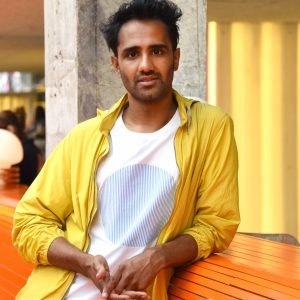