Rise and Fall of Al-Qaeda

Last time I met with Professor Fawaz Gerges, we were sitting in his office at the LSE and he was telling me over coffee about the research he had been conducting on global Jihadist groups. He was  in the final exhausting stages of bringing together into a single volume several years of painstaking research on how Al-Qaeda’s structure and capacity for major strikes had evolved in the years following 9/11. His efforts have now finally been published to rave reviews by Oxford University Press under the title of ‘The Rise and Fall of Al-Qaeda’.

Essentially, his thesis contradicts the entrenched narrative, propagated by Western governments, that Al-Qaeda remains a significant terrorist threat.  For him, AQ has no significant social or political base in the Muslim world that it could use as a platform for  mounting large-scale attacks. Indeed, the recent Arab uprisings, which have called for open societies and democratic freedoms, throw the organisation’s irrelevance into sharp relief. Instead, it is actually the West’s narrative of terrorism that is one of the few things keeping AQ alive.

While it is true that the War on Terror has served to radicalise a number of Muslims within Western countries, Fawaz argues this process has actually served to demonstrate AQ’s structural weaknesses. Instead of bringing newly radicalised Jihadists into a coherent organisational unit, these past ten years has seen Bin Laden’s network degenerate into a series of feuding factions that neutralise, rather than enhance, each other’s capabilities.

Perhaps the most counter-intuitive element of his book is that Fawaz sees 9/11 as a huge tactical mistake by AQ. Yes it was a devastating blow. However, rivers of fighters did not flood into Afghanistan to defend AQ, as Bin Laden had predicted. The horror of 9/11 was, and still is, very real, but its aftermath has actually demonstrated AQ’s relative isolation. 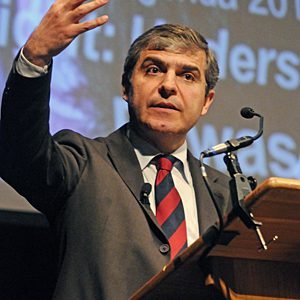