Writing for Project Syndicate, Joschka Fischer, a vitally important European political figurehead and thinker, asserts that a new Middle East is emerging in which the Kurds and Iran are gaining regional influence, whilst Sunni powers are declining.

What is becoming apparent, Joschka notes, is the collapse of the region’s old order, and with it the decline of the region’s traditional stabilising powers. He explains that the “political weakness of those powers – whether global actors like the United States or regional players like Turkey, Iran, and Saudi Arabia – has led to a remarkable role reversal in the region’s power dynamic.” Joschka goes on to say that “although the US and the European Union still classify the pro-independence Kurdistan Workers’ Party (PKK) as a terrorist organization, only the PKK’s fighters, it seems, are willing and able to stop the Islamic State’s further advance.”

As a result of their newly won legitimacy, the Kurds’ fate has become a burning question in Turkey. Joschka comments that the West is presented with a dilemma: “Given its reluctance to commit its own ground forces to a war it knows it must win, it will have to arm the Kurds.” However, this will not sit well with NATO member Turkey – or, most likely, with Iran. Consequently, Joshka warns that the “key strategic question…will not be resolved on the region’s battlefields, but in the various negotiations on Iran’s nuclear program.”

For more information, or to book Joschka Fischer as a keynote speaker for your conference or event, please contact Leo von Bülow-Quirk at leo@chartwellspeakers.com or call 0044 (0) 20 7792 8000. 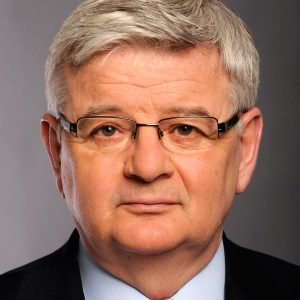