In the January issue of Vogue India, keynote speaker Lucy Hawking discusses what it was like growing up as Stephen Hawking’s daughter – surrounded by science, and the constant encouragement of scientific education.

Today, Lucy is an influential populariser of science, and creator of the George Greenby books, a series of adventure stories which use dramatic story-telling to explain complex science to young audiences. In the article, she explains the reality that many schoolgirls face, which is a difficulty of pursuing science, because of their suffering from a lack of encouragement, bias, and discrimination. Young girls interested in science are afraid of peer pressure, and of appearing “geeky, and anti-social.” Hawking cites a recent report published in London called “The Fear Factor,” which found that “women will go to great lengths to avoid even mentioning science and maths in social conversation.” Although Lucy grew up in an environment that greatly encouraged the study of science, she was interested in pursuing other things, such as writing.

Eventually, due to a “lack of a wider perspective,” she realised that science was often seen as “unfriendly to girls, and meant for men.” In 2006, Lucy had the idea to use her background in writing and humanities to use storytelling to explain complex science to young children. The main character in her story gains a female friend along the way, who is intelligent, has no fear about science, and asks lots of questions. She has packed the book with commentary from different female scientists with distinguished careers, in hopes that girls who read the book will be encouraged.

Lucy Hawking is devoted to making science more accessible for girls, and uses story-telling to help audiences understand and engage with science.

For more information, or to book Lucy Hawking as a speaker for your conference or event, please contact Alex Hickman at alex@chartwellspeakers.com or call 0044 (0) 20 7792 8004. 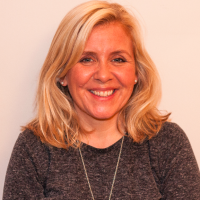