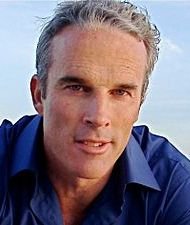 ATG|Chartwell was delighted to partner with First Protocol for their Summer Forum in July 2014. Lewis Pugh, the world’s leading endurance swimmer and a UN Patron of the Oceans, gave a fantastic speech on “Achieving the Impossible”.

Through his marvellous storytelling, he addressed key themes that had real relevance for business and life: overcoming obstacles and challenges, the power of a made-up mind, and the danger of false assumptions and limiting beliefs. Lewis highlighted the personal characteristics he sees as vital to achieving excellence…

Vision: visualisation closes the gap between where you are now and where you need to be.
Passion: having a vision, a purpose, and the belief that you can make a difference.
Courage: to push, to stand up, and to follow your own dreams.
Humility: situations change; Lewis wanted to be surrounded by people who were the best in the world at what they do – but who would never claim to be such.
Trust: the importance of trusting yourself, your team, and believing in the inherent good of people.
Focus: channel your energy, visualise, and never plan with the thought of both defeat and victory at the same time.