After nearly 12 years, the US is readying itself for withdrawal from Afghanistan. However, Joseph Stiglitz believes that “there will be little in the way of a peace dividend for the US economy once the fighting stops”, as he discusses the real cost of America’s wars.

The US has already borrowed $2tn to finance the Afghanistan and Iraq wars – a major component of the $9tn debt the country has amassed since 2001, along with those arising from the financial crisis and the tax cuts implemented by President George W. Bush. However, withdrawal will not have a rejuvenative effect on America’s continuingly embattled economy.

“It could have been hoped that the ending of the wars would provide a large peace dividend, such as the one resulting from the end of the cold war that helped us to invest more in butter and less in guns,” Stiglitz says. “Instead, the legacy of poor decision-making from the expensive wars in Afghanistan and Iraq will live on in a continued drain on the US economy – long after the last troop returns to American soil.” In Stiglitz’ lastest must-see piece, he sets out exactly why a positive and/or a basic reduction in spending should not be anticipated.

You can read it here.

For more information on how to book Joseph Stiglitz as a speaker, please contact Alex Hickman at alex@chartwellspeakers.com or call +44 (0) 20 7792 8004. 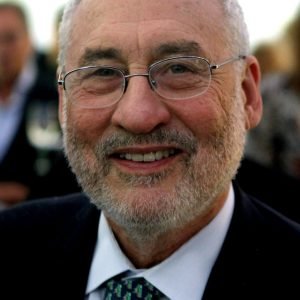