Hamish McRae: "Should we trust markets or economists?"

Hamish McRae is one of the UK’s most respected financial journalists. In his latest column for The Evening Standard, he asks, “should you listen to the economists or to the markets?”

Set against the backdrop of the current climate – where markets are generally moving upward, whilst commentators and analysts remain despondent, this is an important – and intractable – quandary.

“Let’s consider the economists first – not all of them are gloomy, but the mainstream view was well caught last week in the new International Monetary Fund forecasts, which trimmed growth forecasts for this year. The US is now expected to grow at 2% and the UK by 1%, with the eurozone shrinking by 0.2%. What of the markets? Well, the S&P 500 index (more broadly based than the Dow Jones Average) has just had its longest winning streak for eight years, and is closing in on two previous peaks of 2000 and 2007. It is not past them yet, and you might say that the date of those two earlier peaks should sound an alarm, for they occurred just ahead of recessions. But the fact remains that US investors are becoming ever more cheerful about equities. So too are investors elsewhere. The DAX has recovered alongside the S&P, reflecting the strong performance by large German companies.”

Market projections point to the prospect of decent levels of growth worldwide, but concerns still remain — most obviously, the prospect of a US fiscal disaster, the Eurozone crashing anew and  the untenable debt burden of virtually the entire developed world. Hamish’s worry, however, is that a rethinking of monetary policy could make things worse, not better. “We are promised more active policies by the Bank of Japan. The US Federal Reserve is taking on an implicit unemployment target. There is almost an guarantee by the European Central Bank of eurozone sovereign debt. And who knows what changes there will be in the UK when the new Governor of the Bank of England takes office? Past experience tells us that all financial innovation is to be treated with caution, perhaps especially when it comes from central banks.”

So, who should we trust? “I would side with the markets,” Hamish writes, “because I think the medium-term outlook for the world economy is quite positive. But expect big bumps as we move through 2013.” 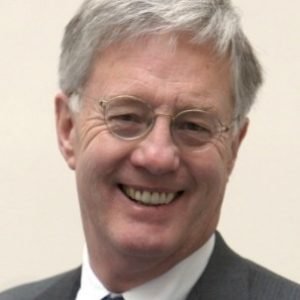