Dennis Ross on the tests for the next US administration

At this volatile time, Dennis Ross, expert on America’s foreign policy, looks ahead to the 2016 Presidential election and identifies the pressing issues which America’s new leader will have to deal with as he / she moves into the White House…

Developments internationally seem to confront us with one surprise after another.  Brexit raises questions about the future of the European Union.  The aborted coup in Turkey will add to President Erdogan’s authoritarian tendencies even as it deepens polarization within the country and raises questions about its longer-term stability.  Vladimir Putin sees troubles in Turkey and the EU as increasing Russian leverage and influence.  The United States appears less ready to exercise power globally and that contributes to vacuums from the Middle East to Asia that others, including the Chinese, seem eager to fill.  And, radical Islamist terror knows no bounds—with terror in Nice just the latest of the outrages that are occurring with greater frequency.

While the US, Russia, and China will all continue to compete regionally and internationally, they share common interests in fighting terror and making sure that groups like ISIS and al Qaeda (and their affiliates) never acquire weapons of mass destruction.  Can this shared interest temper their geopolitical competition?  It surely provides a basis for cooperation and stronger rules for managing their competition.  Should the next American administration appear less hesitant about using power coercively—and less willing to “lead from behind”—it might ironically be more effective in creating limits respected by both the Russians and Chinese.  It might also produce more effective coalitions.

Take the coalition against ISIS.  The United States touts that it has sixty five members countering ISIS.  Unfortunately, the contributions vary widely and few are actually willing to provide military forces.  Sunni Arab states are part of the coalition and are critical to its success.  Indeed, only the Sunnis can discredit ISIS.  Non-Muslims and non-Sunni Muslims cannot do so.  Moreover, only Sunni tribes, forces and governance can take the place of ISIS when it is defeated and areas currently under its control are liberated.  If they don’t, we will get the next incarnation of ISIS. (Recall that ISIS is the successor to al Qaeda in Iraq which was defeated in 2008.)

And, yet the Sunni Arab participation is limited and will remain so as long as they don’t see it as the pre-eminent threat they face.  The Saudis, Emirates, Qataris, and Kuwaitis see Iran as a far greater threat.  Until the US is perceived to take the Iranian threat in the region seriously, they will not be responsive to entreaties to do more against ISIS in Iraq and Syria—where they see an onslaught against Sunnis and the growing strength of Iran and its Shia militia proxies.

ISIS inspired attacks will continue as long as it is able to claim it is perfecting Islam and has a divine mandate.  It must be seen as losing its state and the symbols of its success.  We must draw in the Sunnis who presently doubt our reliability; we must use social media more effectively, putting defectors on it to speak of the lies, brutality, and injustice of ISIS rule and showing its supposedly divinely-back fighters surrendering with hands raised.

Defeating ISIS and blunting its appeal takes a multifaceted strategy that starts with a US that looks less as a reluctant super-power and more as a reliable partner.  That will be the test for the next administration.

Ambassador Dennis Ross has served several US administrations as a senior diplomat and advisor on the Middle East and broader international security. He is one of America’s foremost foreign policy experts on the region and currently serves as Counselor at The Washington Institute, a think tank dedicated to improving the quality of US Middle East policy. Read more >>

Book Dennis to speak on these topical and important issues at your next event, contact his agent Leo von Bulow-Quirk via leo@chartwellspeakers.com or call +44 (0) 7833 727090. 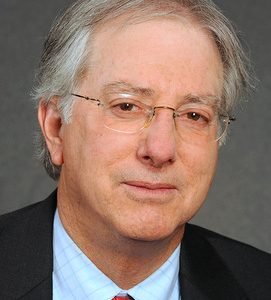