Gaining Currency - The Rise of the Renminbi

In 7th-century China, the Song dynasty issued the world’s first paper currency. Later, in the 13th century, Kublai Khan issued the first-ever currency to circulate widely despite not being backed by commodities or precious metals. China also hosted the first currency war and experienced one of the first episodes of hyperinflation. Against this sweeping historical backdrop, in Gaining Currency China scholar Eswar Prasad describes how the renminbi (RMB), China’s currency since 1949, is taking the world by storm and explains in clear language its role in reshaping global finance.

Prasad traces the RMB’s ascendancy from revolutionary symbol to reserve currency held by foreign central banks, revealing the interconnections linking China’s growing economic might, its expanding international influence, and the rise of its currency. While China has successfully adopted a unique playbook for promoting the RMB, many pitfalls lie ahead for its economy and currency.

If China plays its cards right by adopting reforms that put its economy and financial markets on the right track, the RMB could conceivably rival even the euro and the Japanese yen. But there are limits to the RMB’s ascendance—this book contends that the hype predicting its inevitable rise to global dominance is overblown.

The Chinese leadership is pursuing financial liberalization and at least limited market-oriented reforms, but it has unequivocally repudiated political, legal, and institutional reforms. Therefore, Prasad argues, while the RMB is likely to become a significant reserve currency, it will not attain “safe haven” status as a currency to which investors turn during crises. Gaining Currency makes a compelling case that, for all its promise, the RMB does not pose a serious challenge to the U.S. dollar’s dominance in international finance.

Eswar S. Prasad, Tolani Senior Professor of Trade Policy in the Charles H. Dyson School of Applied Economics and Management at Cornell University, holds the New Century Chair in International Economics at the Brookings Institution and is a research associate at the National Bureau of Economic Research. He is a former head of the IMF’s China Division and author of The Dollar Trap: How the U.S. Dollar Tightened Its Grip on Global Finance (Princeton, 2014).

If you would like to book Eswar Prasad to speak at your conference please contact Raleigh on raleigh@chartwellspeakers.com or  +852 5512 9714 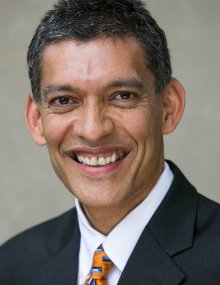