Dr. Lanhee Chen on the US fiscal cliff

As you may well be aware, the term “fiscal cliff” is being banded around frequently at the moment. It’s the popular shorthand used to describe the conundrum that the U.S. government faced at at the end of 2012, when the terms of the Budget Control Act of 2011 are scheduled to go into effect.

Our friend Dr. Lanhee Chan, the architect of Mitt Romney’s ‘Plan for Jobs and Economic Growth’, has been watching developments with a keen eye. He offered us some insight into the imbroglio.

“A lot of the analysis in the wake of the agreement averting the fiscal cliff has focused on identifying the winners and losers from the deal.  And while there is sure to be even more ink spilled on these questions, what has been lost in the discussion is the fact that the negotiations over the Fiscal Cliff really were a blown chance to enact the long overdue policy changes needed both to keep the American economy strong and facilitate the kind of upward mobility that has long been a part of the American experience.

Predictably, lawmakers have created three more “cliffs” that we will encounter, all before April 1: yet another battle over raising the debt ceiling; a fight over theautomatic spending cuts that were delayed for two months by the legislation to avoid the Fiscal Cliff; and a temporary funding bill needed to avoid a shutdown of the United States government.

Each of these “cliffs” will yield negotiations that are either exemplars of political paralysis or opportunities for progress on three major policy priorities:

Second, real entitlement reform that strengthens and streamlines both Medicare and Social Security.

Third, a politically compelling plan for fiscal sanity that gives innovators, entrepreneurs, and job creators the confidence to invest in America again.

Both Democrats and Republicans have, with varying levels of seriousness, expressed interest in making progress on these important policy goals.  Indeed, achieving these policy goals is imperative if America is to retain its economic leadership in the world.  Unfortunately, the negotiations over the Fiscal Cliff failed to move us toward these goals in any meaningful way.  Now, policymakers have as many as three more chances to do what needs to be done.  And these are opportunities they simply can’t afford to squander.” 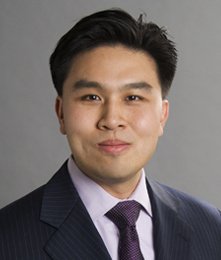