We are delighted that Peter Bazalgette, a member of Chartwell’s roster of exclusive speakers, has been appointed the next Chairman of ITV.

Peter is currently Chair of Arts Council England. He is also well known as a creator and producer of worldwide television formats and a respected thinker on the nexus between creativity, business and society. His speaking subjects include – the future of television, the social impact of the digital era and the life and legacy of the visionary Victorian sewer engineer, Sir Joseph Bazalgette. He also speaks about the benefits of arts and culture in his role at Arts Council England.

Peter has devised some of the most important entertainment shows in recent television history. He founded his own production company, Bazal, in the 1980s, making the most of the experience he built up at the BBC as a producer. In 2005 he became Chairman of Endemol UK and Creative Director of Endemol Group worldwide. He was responsible for running shows including Big Brother and Deal or No Deal which were hits around the world, and led Endemol’s digital entertainment strategy.

As a result of his impact on the development of reality television and lifestyle TV programmes, The Independent argued that he may be “the most influential man in British television.” He has been awarded fellowships by BAFTA and the Royal Television Society.

Peter’s book The Empathy Instinct: A Blueprint for a Civil Society will be published by John Murray Press, part of the Hachette group, in January 2017.

The Empathy Instinct will be an agenda-setting book that will shape the way we all approach this extraordinarily beneficial force. It will enlighten and entertain, containing important messages for business, for government and for society as a whole. 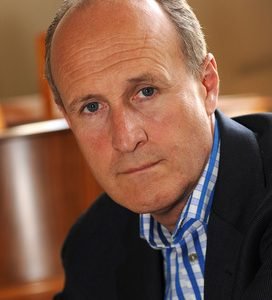