Bronwen Maddox: Ten reasons to be hopeful for the year ahead

One could be forgiven for feeling a little glum this week: today’s budget will remind us all of the UK’s miserable GDP figures, events in Cyprus are heralding the return (if it ever really left) of the Eurozone crisis, politicians in the US still won’t get their act together on budget talks, there are reports of chemical weapons being used in Syria (by which side is as yet unclear), and there has been some pretty chilling rhetoric coming from North Korea in recent weeks. On top of all this, the sun simply refuses to shine.

It was therefore a great pleasure, not to mention relief, to be in touch again with Bronwen Maddox, Editor of Prospect magazine. Our chat reminded me of her excellent feature in the paper’s January edition, “Lucky ’13: Ten reasons to be hopeful for the year ahead”. Here, she employed her characteristically sharp analysis and wit to inject some optimism into our public discourse. I thought I’d briefly summarise some key points to brighten the mood:

1. Democracy will fare better: even though democracy has been taking a bit of beating recently (think Iraq and Egypt for starters), in Europe it seems that the public now accepts the world has changed and that governments may need to implement difficult policies. As a result, we may see less finger-pointing and more serious attempts to tackle difficult issues.

2. America’s growth will recover: immigration patterns have given the US one of the industrialised world’s youngest workforces, and the development of shale gas will boost its recovery. US growth is good for the rest of the world.

3. Poland, Turkey, Mexico: an odd trio, but each country’s new-found strength is helping its region.

5. Iran’s elections may help: a change in leadership (Ahmadinejad cannot run this year) might “help create an opening for the deal which US officials have been quietly probing when they find themselves on the margins of big UN jamborees with their Iranian counterparts—lifting sanctions in return for forswearing the manufacture of fissile material.”

6.  Autocracy – unappealing: Social media and mobile phones are making it impossible for governments to control their people. China’s new leadership will have a different mindset to its predecessors, Vladimir’s authoritarianism is continuing to generate protest, and Saudi Arabia looks like it may be inching slowly towards reform.

7. Mobile books, banks and lessons: increased internet access will continue to give more people in Africa and Afghanistan access to e-banking and finance, and online learning is set to bring high-quality education to more and more people.

8. Great cities – ideas and growth: While not all cities are prosperous, they have a concentrated pool of talent and display high levels of innovation. With this in mind, predictions that the number of megacities will double in the next two decades have to be seen as good news.

9. Rockets and drugs: Science continues to make progress in medicine and space exploration. “More countries see big science as a matter of national pride, which will pour a flood of new research into the common store of knowledge.”

10. Population growth is slowing: “The rise in the world’s population is slowing down. Between 2010 and 2015, the UN predicts an annual increase of 70m, rather than 80m per year at 2000. Birth rates in African nations including Ghana and Angola are falling. The same is true even in Arab countries such as Bahrain and Qatar. That will help environmental problems—not least climate change.” 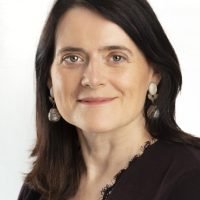