The majority of news outlets are claiming that Barack Obama’s deficit deal was a crushing defeat, with Newsweek stating that ‘Obama gives it all away.’

Today in The Times, Anatole Kaletsky shows how this perception is in fact rather more debatable than that. He highlights the US convention for cumulating budget reductions over 10 year periods. The flashing headline of $2.1 trillion dollars (or 15% of GDP) is rather less scary when it is understood to be (the still rather significant) $210 billion dollars. 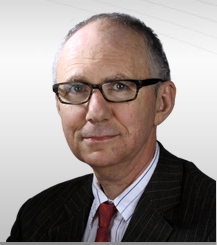 These cuts are much smaller in scale than those that will be enacted in the UK in the next 10 years, which should help the US economy. In addition, the Republicans have taken a hit to their sacred cow of defence spending and they have spent massive amounts of political capital. This means that it is unlikely that they will manage to neuter Obamacare.

The President has been hurt by the deficit debate but if he is down, he is certainly not out for the count just yet.