Allister Heath on the state of crime in Britain

Deputy Editor of The Telegraph, Allister Heath writes about the current state of crime in Britain, and the steps that need to be taken, specifically by the Lord Chancellor, Michael Gove, to be tough on criminal activity, and it’s causes.

He begins by explaining the dramatic reduction of crime in Britain within the past 20 years. As a result, urban centers are booming, as many middle class people move into the area. The reduction of crime however, has gone remarkably unnoticed, as people remain to fall prey to crime, and the digital revolution has given rise to a new generation of lawbreakers.

According to Heath, a new crime survey in Britain will include, for the first time, an estimate of cybercrime. He goes on to explain,“The greatest reason why nobody is celebrating our two decade drop in crime is that it is unclear whether it will continue.” There are two major risks, the rise of cybercrime, and the police and prison authorities potential unwillingness to reorganise themselves to cope with austerity. Michael Gove, the Lord Chancellor is approaching the task of devising new ways of doing more with less.

Heath believes that ultimately the decline in crime is due to the falling prices of second-hand goods, decline in alcohol consumption, and the willingness of the public to take crime prevention into it’s own hands. The dramatic change however is public policy.

He explains that generally people commit crimes because of two factors. The first relates to “self-interest and the perception that it pays to break the law; the second involves values.” Heath urges that it is important for the Tories, and New Labour to address the second set of factors, because currently the prisons are failing to rehabilitate offenders to prevent repeat offenses.

Heath concludes, “It should pain all good Tories to admit it, but Mr. Gove’s task is to take Tony Blair’s infamous slogan and actually deliver on it: he must be tough on crime and tough on the causes of crime.”

For more information, or to book Allister Heath as a speaker for your conference or event, please contact Alex Hickman at alex@chartwellspeakers.com or call 0044 (0) 20 7792 8004. 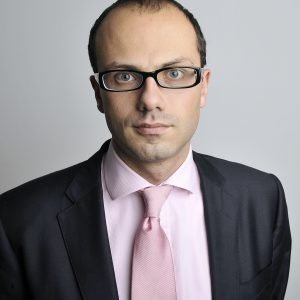