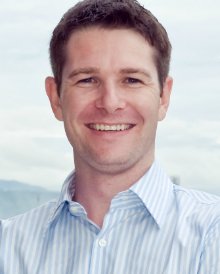 Writing in WIRED magazine, ex-White House senior advisor Brian Forde explains how the technology underlying bitcoin, the blockchain, has taken own a life of its own, with institutional interest in blockchains almost reaching a frenzy.

Although bitcoin was initially thought of in narrow terms as an alternative currency to the dollar and other fiat currencies, Brian notes that experts in other fields are now actively looking at how the blockchain can be used for non-monetary uses. For example, entrepreneurs and developers are building applications on top of the blockchain that could publicly and immutably record everything from the birth of a child to a transfer of property ownership.

Brian points out that timestamps, ledgers and digital signatures have been around for many years, but this combination unlocks the opportunity for many new and consequential innovations. He argues that – in a similar fashion to the internet’s facilitation of instant, global communication – a combination of time-stamped and digitally signed transactions hosted on an accessible ledger could play an important role. They could help governments reduce friction and increase transparency associated with important transactions.

Since being brought in to head MIT’s Digital Currency Initiative (DCI) in 2015, Brian has made great strides in highlighting the benefits of bitcoin and the blockchain to those both inside and outside of the prestigious university.

For more information, or to book Brian Forde as a keynote speaker for your conference or event, please contact Jeana Webster at jeana@chartwellspeakers.com or call 972-385-1021.